Back in late June, early July, the Lord graciously granted our final cow, Casi Blanca, to give birth to a calf for this year! It ended up being a little bull calf, and we decided to name him Salomón, which means “peaceable.”

Here are a few pictures of him, and with Casi: 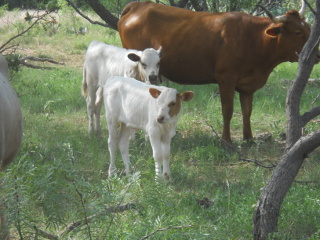 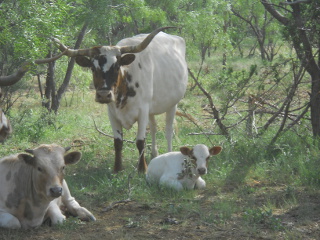 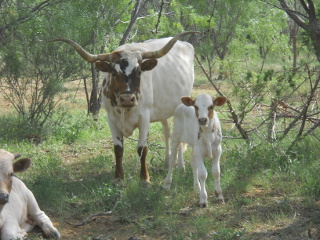 And a little video:

As always, we are so very grateful to the Lord for granting these continued provisions, and the resources He’s graciously granted to be able to feed the cattle!

Continuing on from our previous community work day, working on the house ceiling, the group once again graciously came to our place to help out on our homestead!

For the guys, it was back into the house to try to finish up as much of the ceiling as possible.

And here are a few pictures of the work: 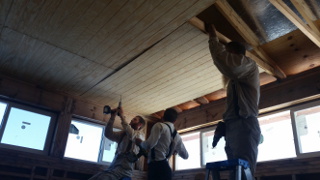 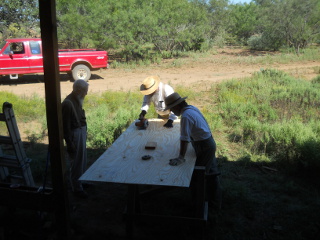 And the final progress! Almost total complete now…just some edge pieces, and I need to figure out an attic access point: 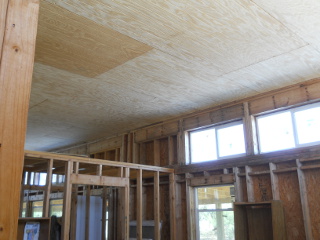 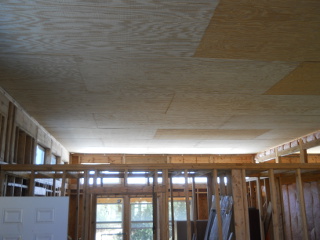 The ladies and children came over too, and graciously helped out in painting just about all of the painted structures we have in our inner field area — goat sheds, chicken tractors and coups, the outhouse, summer kitchen roof fascia, the cistern covering structure, and a generator box. They sanded the wood, and then painted…

And here they are in freeze-frame action! 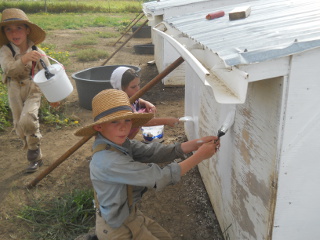 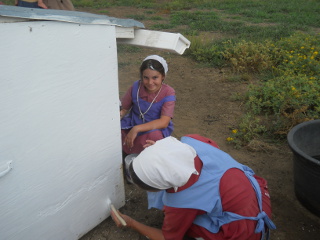 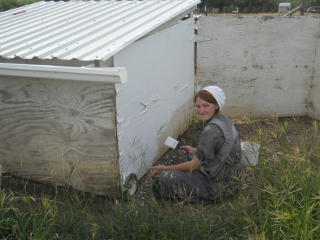 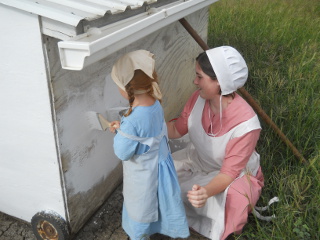 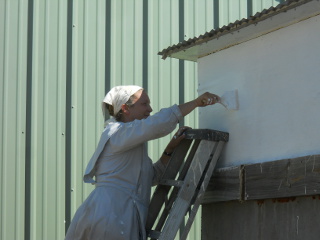 Victory over the goat sheds! 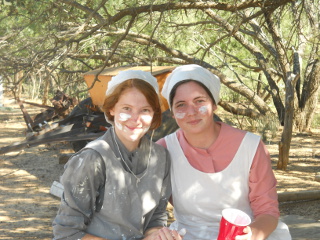 And some of the other completed structures: 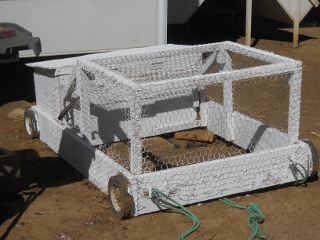 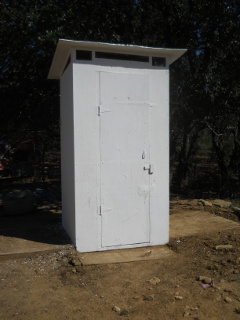 We’re grateful to the Lord for granting the resources and a serving community of people to help us as we desire and try to live our lives out of love for Christ and love for each other, and thanks very much to the group for all of the help!

Over the years, we’ve traded with the Bunkers for mating pigs to be able to keep the line going, or we’ve used a boar that they had. However, this year, they haven’t had one for that purpose; and so, we had been trying to figure out how best to proceed. We were looking around and asking around the feed store in town and the like, and one contact led to another. The suggestion from some of the local pig breeders was to artificially inseminate (AI) — they said it was pretty simple. Well, I contacted a somewhat local fellow who does that for show Durocs, and we discussed it, but he also mentioned he had a boar for sale — not one of his best, but would be willing to sell it. And so, I went away to think and pray about it all.

Some time passed, and I was going to really start this process again, probably going the AI route. But as I got talking to that local fellow again, he started describing what was involved, and it was a bit more complicated than it first appeared, with having to store the semen at certain temperatures, etc. Hm. But, then I asked him about the boar he had for sale before, and he said he had that one, and another one, and he was about to take them to market, but would let me have them at market price, which ended up together being less than the original price of one pig the first time! Wow, very nice, and thanks to the Lord for that gift!

So, I went to pick them up. One of them was *huge*, and ornery, and I figured he would be difficult to handle; so I decided we’d keep the smaller one and take the bigger one to the butcher, which is what we did that day. He was probably 500-550 pounds or so, I believe, and was just as difficult to get out of the trailer as he was to get in. But we did, and then took the smaller one back to our homestead, and to Penelope.

Given Penelope’s name, we decided to call him Odysseus, and here is a latest picture of him! 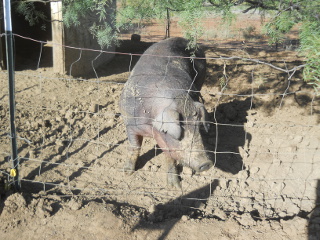 And here are the latest of him and Penelope: 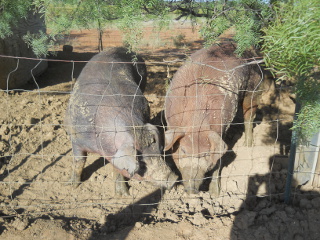 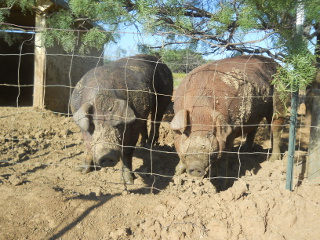 And this is a video of when they first met:

We’re grateful to the Lord for His timing in everything, and for the provision of the meat, and we pray He grants the next round of breeding, and a safe one, according to His will!