After being able to fashion a homemade fat lamp with a wick consisting of one rope of a cotton mop head, I thought it would be interesting to see if I could form a wick holder that would hold multiple rope strands so that the wick would be more similar in width to a common lamp wick, and thus produce more light.

And here is my attempt to do just that. I bent a single, elongated loop to surround the rope strands: 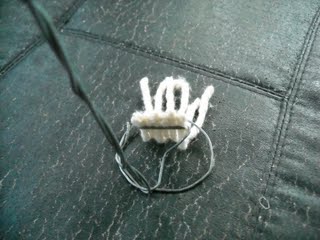 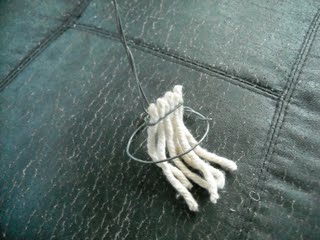 Well, it appeared to work pretty well, and produces quite a bit more light! 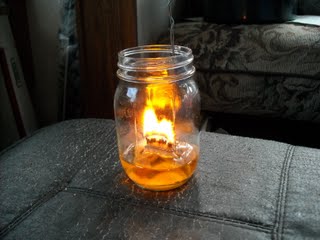 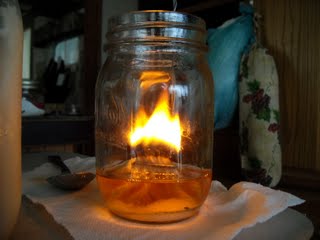 With the extra light comes extra heat, so I tied a cord around the mouth of the jar; and now it functions as a lantern: 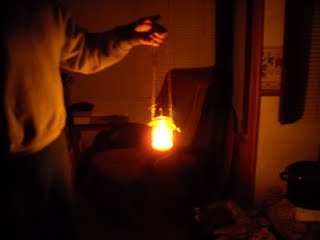 We thank the Lord once again for granting resources and provisions to continue to learn the old paths, may He increase His light within us daily, and may we shine brightly His light to the world. 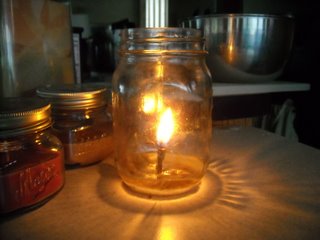 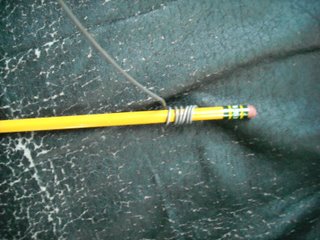 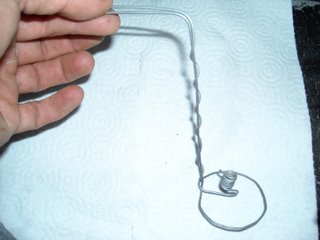 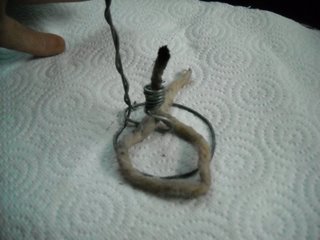 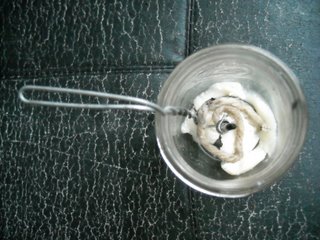 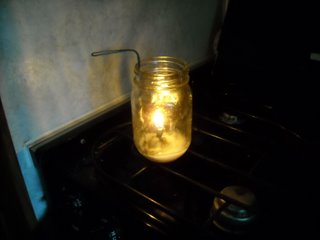 On the Road to Agrarianism I Got a Fat Fire

In continuing on a path to the old ways, we are hoping to lessen our reliance upon electricity, which for us right now includes producing light. Typically in the old days light was generated by burning oil (Lev 24:2; Ex 39:37). Interestingly, one of the oils people would use was lard from animals. We have the rendered fat from our pigs that have been butchered; and so, I thought it might be interesting to see if using the lard might work for us.

I discovered that there are things that exist called “fat lamps”, and so I purchased one from over the Internet that was a double, hanging lamp. These don’t have a wick, but apparently a strings from a mop head can be used, a couple of which the Bunkers gave me. I put a large tablespoon worth of lard in the little “pan” of the lamp, took a mop string and put it in the lard so that it would be completely covered (the lard needs to be melted just enough to do this), put the lard-coated wick in the spout of the lamp, and lit it. It worked!…sort of — it had a very small flame. I found that if I positioned the wick to stick up in the air a little like a candle, it worked much better. The lard melted as the wick burned; the wick became saturated; and with as much lard as we used, the flame lasted for about three hours.

Here are some pictures of it in action: 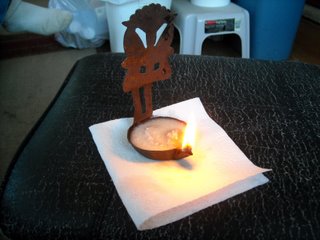 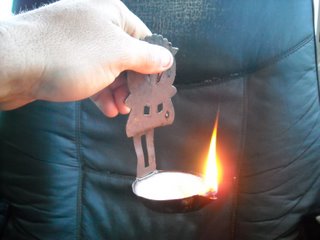 Here it is, set in its hanging partner lamp: 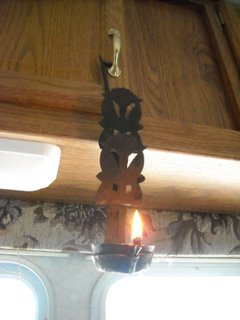 After the first test where all of the lard was used, I wanted to see if by just adding more lard the lamp would continue to work. And so, I took another bit of lard and put it in the lamp, trimmed the wick and repositioned it, and then lit it. It was soaked enough with the previous lard that it worked fine; and then as the new lard melted, the lamp continued to burn.

Here it is re-lit, and at night with the electric lights off: 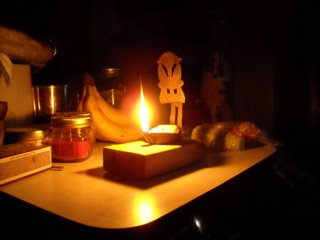 We are thankful for the Lord showing us ways to do things that are fashioned from His direct provisions.