Well, it was Spring time shortly after we moved here, and it was time to plant a garden, which neither of us had done before. We fenced off an area, tilled and manured it, and raked it into rows. I can’t remember all we planted, but nothing really grew other than just a few things. In looking back, some things that hindered it was the huge drought we had that year (3 1/2 months of nearly 100 degree temps), and when I did the rows they were rounded at the top so a lot of the water just ran off. 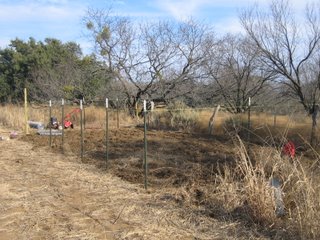 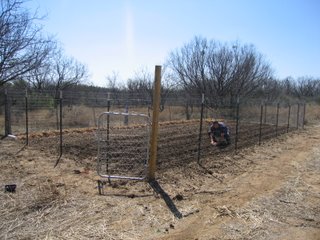 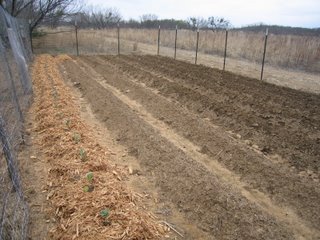 Here I buried mesquite tree branches under the perimeter of the fence to add a barrier against critters that might try to dig under the fencing. I’m not sure it was worth the effort, but I did notice a dig hole at one point, and the varmint almost certainly wasn’t going to get around that extra distance: 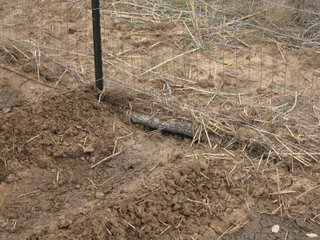 We tried a Fall garden later that year, but as soon as things started to sprout, grasshoppers ate them down to nothing, and so that didn’t work either.

We pray we learned from those things and that God would grow our faith and eventually grant provisioning from our future gardens, according to His will.