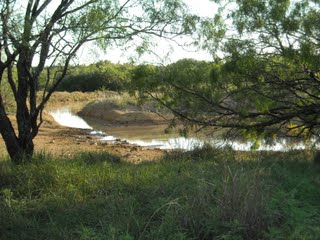 In a previous blog post, we showed a tank (pond) expansion project we worked on. As I mentioned at the end of that post, it had rained enough at one time to fill it up quite a bit, but much of it leaked out the sides; and since then it hasn’t had much water in it. In doing some other work to help fill the tank, I’ve built up a berm of dirt in a drainage area from our upper field, directing runoff water from it down toward our tank.

Well, recently, the Lord in His graces and mercies brought rain — four to five inches in around a week time period. This really did a lot with filling up tanks in the area, including here on our land. For our tank, God filled it up to about one and a half feet from the top. Again though, some of it is leaking out, but not as much as before, it appears. Hopefully over time the sides will continue to seal up.

And so, following and including the one above are pictures of the gracious bounty of water God has provided: 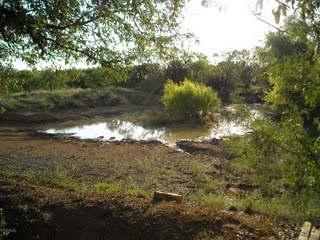 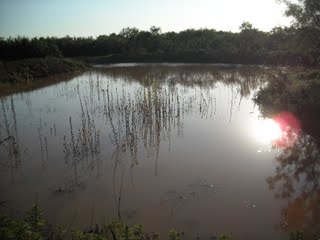 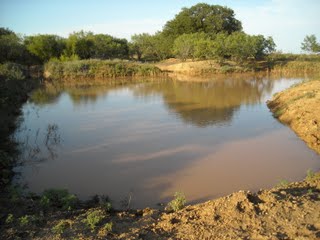 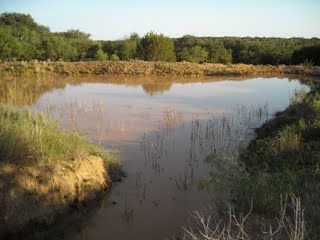 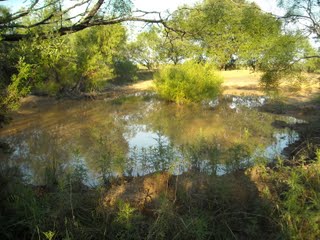 We thank Him for His abundant provisions, the water here on the land, and the Water of Life in His Son, Christ Jesus.