On March 17 of each year, we have a tradition around here of having an orange party, with orange being the somewhat official color of Protestants, in protest of the Roman Catholic St. Patrick’s Day and their green color. Some time ago, Protestants in Northern Ireland and Scotland took the color orange in honor of William the III, also known as William of Orange, and for his stands against the Roman Catholics, especially on July 12, where he defeated the antichrist Roman Catholic forces at the Battle of the Boyne (see the “Antichrist” section on our “Soul Info” page regarding our belief that the Pope and Roman Catholic Church are the Antichrist and religious system of Antichrist).

And so, last night we met at the community center and celebrated with a meal and fellowship: 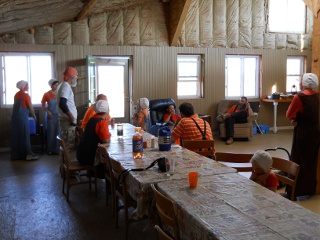 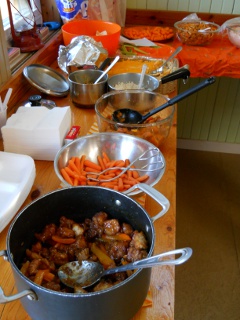 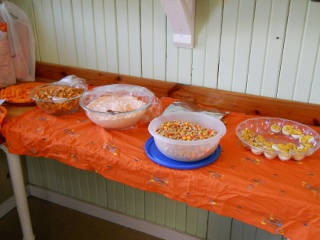 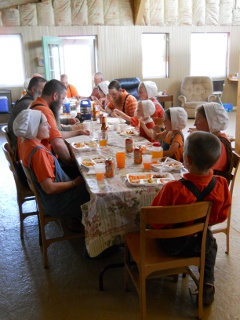 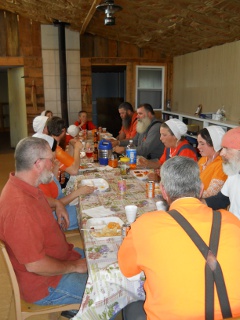 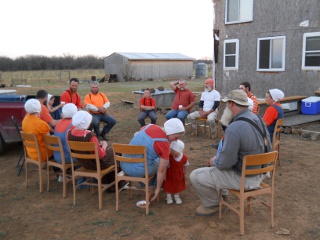 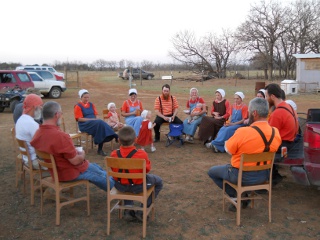 And may we pass along these remembrances to the next generations: 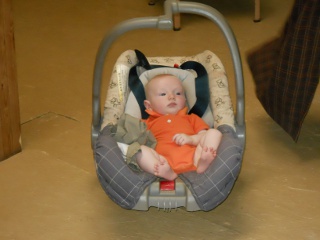 Mr. Bunker also talked a little bit about the day and our homegrown tradition of this day; and he read the following poem, in remembrance of those Protestant Waldenses killed at the massacre on them by the Catholics in Piedmont in 1655:

Even them who kept thy truth so pure of old,

When all our fathers worshiped stocks and stones;

Forget not: in thy book record their groans

Who were thy sheep and in their ancient fold

Slain by the bloody Piedmontese that rolled

Mother with infant down the rocks. Their moans

The vales redoubled to the hills, and they

To Heaven. Their martyred blood and ashes sow

The triple tyrant; that from these may grow

A hundredfold, who having learnt thy way

Early may fly the Babylonian woe.