Not Too Mulch of a Good Thing

Recently, someone in the group here came across a video about how a fellow in Washington state had an interesting idea about how to keep moisture in the soil and keep it well-composted for gardens, orchards, etc. He was in the forest and thought about how the trees never need to be watered, but seem to have no problem being maintained by just rain alone. He looked down and noticed the ground covering of leaves, twigs, branches, etc. and reached down below that layer into the soil, only to discover how moist and fertile-looking the soil was. The lights went on and he thought that if he could replicate this for his gardens, his gardens would do very well.

The main theory behind it is that the soil needs to be covered by something that composts, and he thought about it and decided to use wood chips (ie. mulch). Well, his video is a documentary about the success of that experiment, and is called “Back to Eden.” On that website, you can order the DVD or just watch the video for free. It’s quite interesting, although we don’t subscribe much to some of the gentleman’s spiritual beliefs and concepts.

However, this seemed like a great idea; and so, everyone around here is beginning the implementation of this. We’ve looked into trying to get local tree trimming services to drop their chipped wood on the land; but until that is available, the Brownwood land fill allows people to drop their branches and trimmings there, and they chip it into mulch. They have huge, huge mounds of the stuff; and so it’s just a matter of transporting it to the property since they won’t deliver it outside their county.

For Sue & I, we have half a garden that, although planned for, has never been turned into garden
beds; and so, I thought that would be a good starting place for our mulching.

Here is that half of our current garden before the mulching: 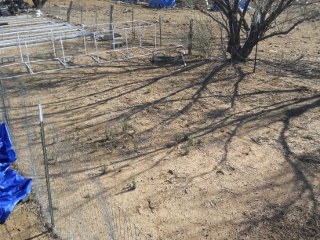 And here’s the first mulch load:

I don’t have a flatbed trailer, and have just been using the truck to get the mulch: 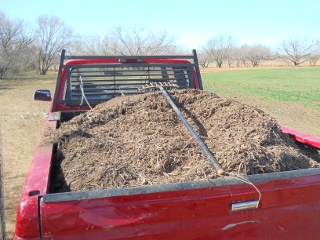 As you can see though, there isn’t much back there; and getting the mulch we need would have taken a long time that way. Plus, the cost per load is the same regardless of how many scoops of mulch you can fit in the bed. So, I built a mulch carrier to fit in the bed, which has doubled the amount of mulch we can bring back in a load: 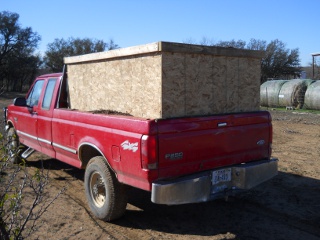 If the mulch ever needs to be covered with a tarp or otherwise, I added some screws to which to be able to attach bungee cords: 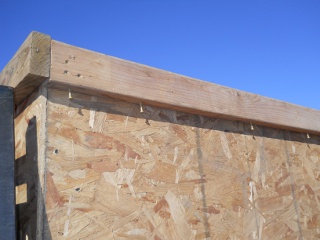 Here I am throwing the mulch from the bed into the garden. That pitch-fork works great! 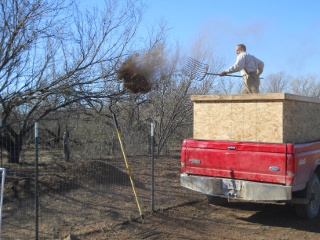 And here is William, our cat, supervising once again: 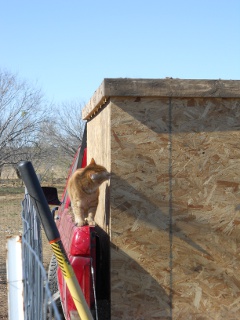 Here is our current garden complete: 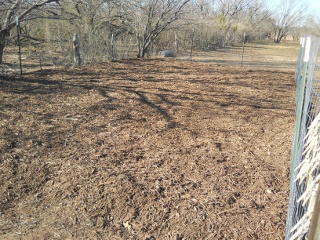 And here is the result of the dirt shower you get when you pitch mulch on a breezy day: 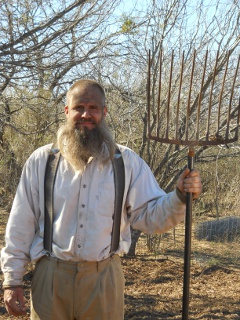 My plan all along has been to have another garden across the way from our current garden, and so I figured it was time to get that going, since we had a quicker way to implement the garden preparation other than digging double dug beds and building raised beds. And so, here is the first pile of mulch for garden #2: 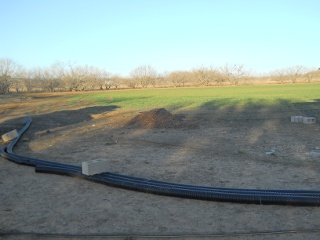 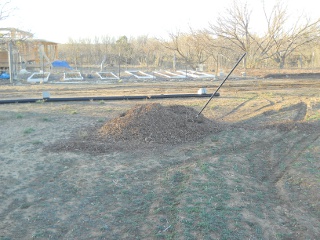 After getting a few mulch piles, I began building the garden fencing: 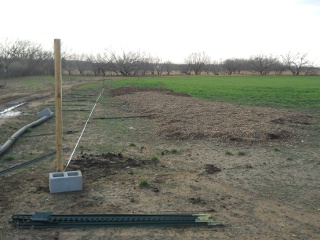 Here are all of the fence posts in place: 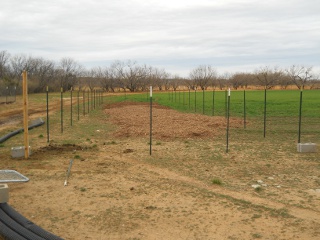 And here is the fencing up. I just used 2″x4″ welded wire pulled hand tight: 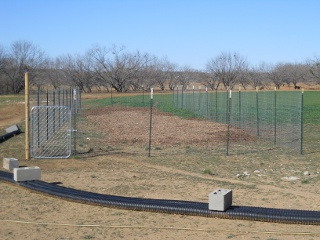 And since we have had problems with rabbits getting between the 2″x4″ fence squares, I added chicken wire all the way around: 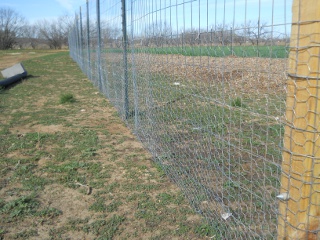 And this is where it stands today, almost completely mulched: 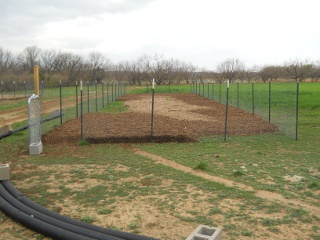 As I mentioned at the beginning, the mulch idea could be applied to orchards; and so, I began the process of mulching our current trees. Here are the piles around some of the trees: 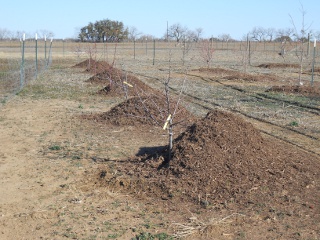 And then them spread around the trees: 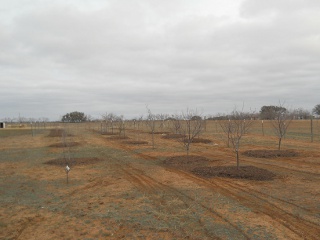 And here is where it stands today, after replacing many of the dead trees from last year’s drought or other years with new ones, and after adding new trees. The idea is to eventually fill-in the entire area with mulch and turn it into another area that can be planted, perhaps with root crops like turnips and/or sweet potatoes: 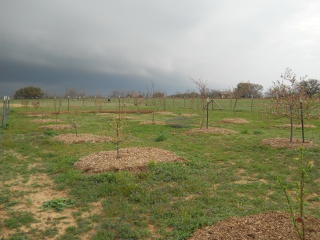 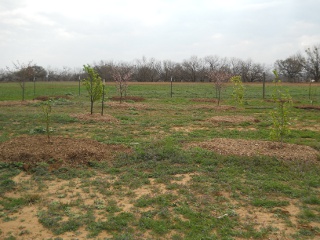 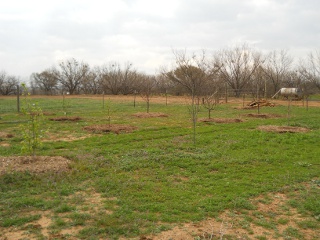 We’re thankful to God for this soil-covering idea and for the resources and provisions to hopefully, by His graces and mercies, greatly increase the means of provision available on the land so that we may become less and less dependent on the world and more and more under the direct providence of the Lord.