At least for me, it’s always nice to start coming out of Winter into Spring time, with the warmth and the anticipation of planting the gardens! Since the last time we planted a garden, given we took last year off for our land sabbath, we had done some expansions, mostly based on the idea of mulch-bed/forest gardening, in our original garden area, and then adding a new garden area, and my first attempt at an hugelkultur bed.

Also, last July, I added a layer of manure we got from the local cattle sale barn: 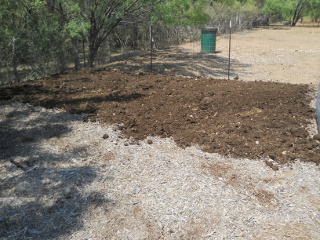 Given the very often dry and hot conditions, I have concluded that our mulch beds are going to need to work for gardening out here to work — watering in raised beds without a really good layer of mulch is just going to take too much water. And so, prayerfully, we started to plant in the mulch-bed gardens.

As for what to plant, I decided to stick with what has worked around here in the past: zucchini/squash, beans and tomatoes, and hopefully okra later when it gets warmer. I also learned you need to plant deeper, making sure to get to where there is soil, or the seeds won’t really germinate (no…really?? 🙂 ). Our garden 1 is also in the shade, so I thought that might help with some of the more sensitive plants, especially the tomatoes. I also decided to move some of the goat-area compost I had put in garden 2 for the Winter turnips over to garden 1 to try to make sure there was some decent soil available.

I wasn’t sure how this was going to work, but we were very thankful when little sprouts started to show up! I did plant some broccoli, but nothing germinated with them at all. These are about a month ago:

The zucchini (I thought I had bought squash seeds, but didn’t realize I hadn’t until I went to plant — so it’s all zucchini this year). The PVC pipes are just markers as to where I planted: 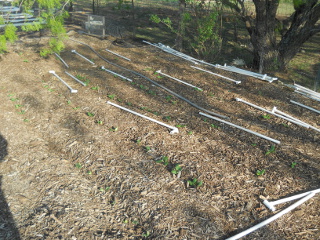 Just to see what would happen, given the hopes of much more moisture in the mulch-beds, I thought I’d throw a little corn in the ground to see what happened; and it started to come up: 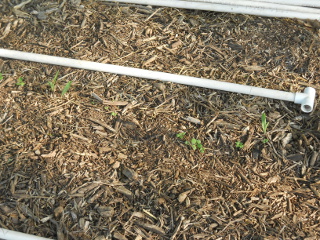 And here are the tomatoes in the hugelkultur bed: 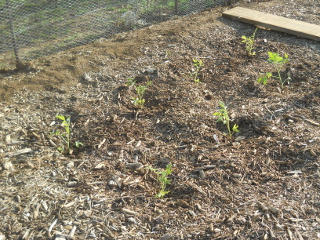 And the green beans in garden 2: 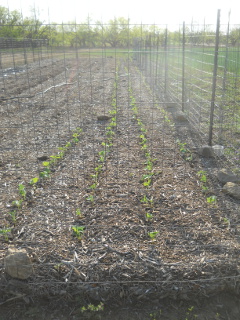 And then just a few days ago…

The zucchini. I had planted just a few in some dried chicken manure to see what would happen, but none of that came up: 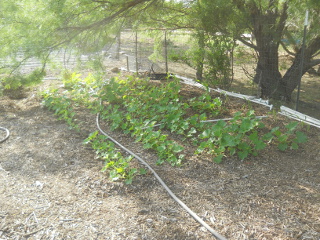 From this morning…beautiful, in a couple of different ways: 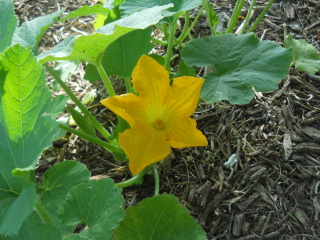 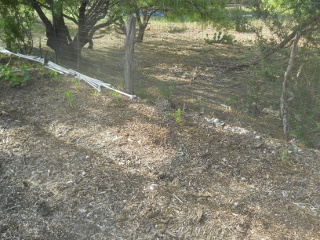 Tomatoes — these aren’t doing too well, as I don’t think what I planted in was good enough soil — I think it’s still composting, and that I’ve found in the past doesn’t work either: 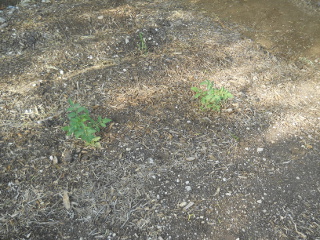 The Bunkers graciously gave us some tomato plants, and I thought I’d put a couple in the manured area; and these actually seem to be starting to do well: 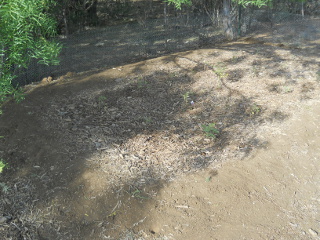 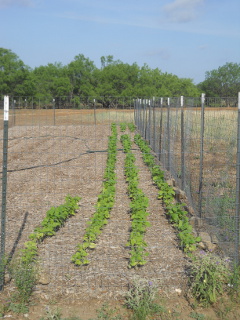 One nice thing about the mulch/forest-bed gardens is that I haven’t had to water nearly as often so far as I would have in our normal beds, which has helped, given the low rainfall from this Spring time.

We are very thankful to the Lord for granting us the forest/mulch-bed gardening idea, and for Him allowing it to apparently work! We’re thankful for the water He has granted, and we pray for His continued provisions, both spiritual and temporal, in accordance with His will.