Once again, we had a hen go broody; and so we put her in the piano room with her eggs, and voila, by God’s mercies, she hatched out 8 more chicks! And here they are with their mama: 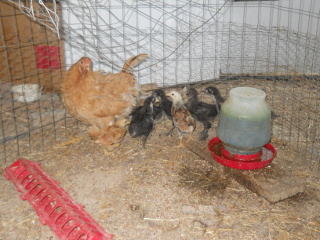 I took that picture and made the video below just last Thursday, and very sadly on Friday morning, I found one of the chicks had died. It’s always hard to know what happened when you just find them laying there — we did have some pretty boisterous storms come through Thursday night with some very loud thunder claps, and so maybe there was some panic in the cage area; or perhaps the chick was just ill; or maybe it got bit by something. But, the Lord is the owner of the chickens, so He can certainly do what He wills with them, although we always ask for help to take care of the gifts and provisions He graciously and mercifully grants.

One night, I heard some odd thumping going on outside. I tracked down the sound, and it was coming from under our 3-point shredder implement! Huh?

Here’s a picture of the shredder: 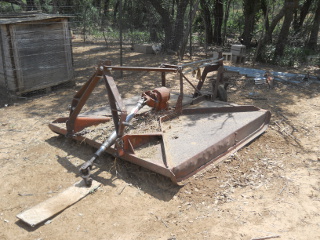 Well, I looked under, and there was a hen walking around with eggs all over the place. And then…..I saw a young skunk too! I was able to grab the hen, and eventually shoo out the skunk, ready to shoot it, but it got away. We pulled out all of the eggs from under the shredder, not sure exactly what to do, although I believe we were just going to put the hen in a cage area in the summer kitchen with her eggs. And then I noticed….one was hatching as I held it! Oh wow….ok, so we took it and all of the eggs, and indeed put the hen and the eggs in the summer kitchen.

And, well, that little chick made it! And here it is with it’s mommy: 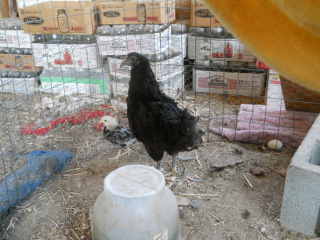 Some days later, another chick started hatching too, although it was taking a long time; and so, I helped it a little, and it did finish hatching out, but never really could stand up to walk at all (it was able to stay upright unlike Tiny from the third hatching, but just not stand). We tried keeping it alive with goat milk, hoping it would get stronger, but sadly, it died a couple of days later.

But, even this single chick that made it was a nice surprise, especially given the circumstance of its incubation and what was happening while it was beginning to hatch!

Here’s the video of the sixth hatching, with all eight chicks at the time, and the seventh hatching:

We are very grateful to God again for granting these new chicks, and the general continued health and safety He has granted!

Recently one morning on my way to feed Penelope our pig, I suddenly strolled up on a snake in the middle of the road. Yep, it was a rattler! Well, Sue brought out the shotgun to me, and that was that.

And here it is after the fact: 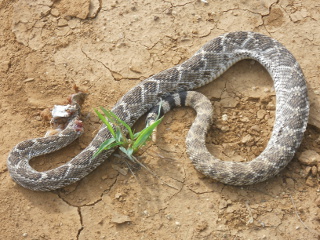 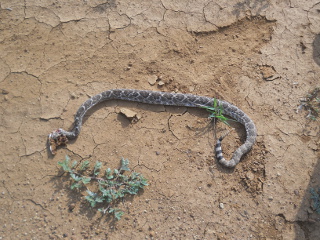 And the souvenir rattle: 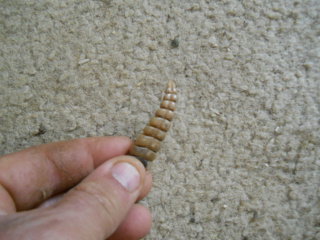 Sue got to carry it back, while it was still moving (they do that even without a head), and then I cut it up into 6-inch pieces for the chickens, although I think the ants had more of it than they.

Yes, rattlesnakes are one of the things we have to keep any eye out for, and I’m thankful to the Lord for His mercies in granting I see it before walking right up on it!

Well, once again, one of our Australorp hens got broody, and we put her in our mini-chicken tractor. Three weeks later….nothing. But, she kept setting, so we put another clutch of eggs under her, saying a prayer that maybe at least one would hatch so she would not be inclined to set another three weeks (although I was planning on trying to break her broodiness if that happened). But, indeed God did grant she hatch out some chicks — four more, all healthy, and still healthy, thanks to the Lord’s graces!

Here are a few pictures: 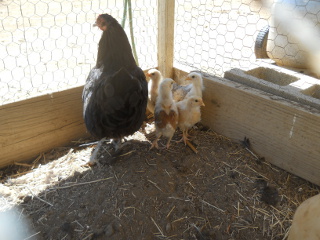 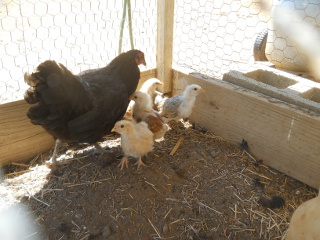 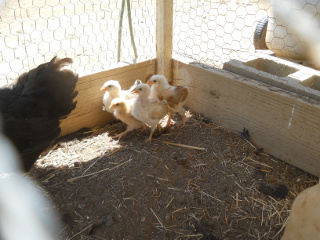 You may wonder why we do so many of these “Perpetuation” posts, like for every hatching, but for us, each time some new animals are born or hatched out, besides the wonderful and joyous miracle they are, they are also part of our living provisions, and we consider each occurrence — even each chick — to be a kind gift from God.

Again, we are thankful to Him for these new chicks and their continued good health and growth!

Since the last blog post about extending the pig pen to give them a little more of a range area, I’ve been able to slowly put together enough fence sections to be able to enclose in a little area for our pig Penelope!

Here they are in place: 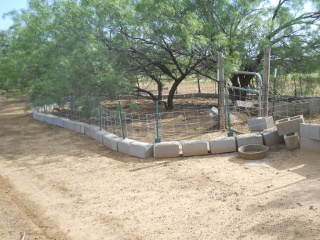 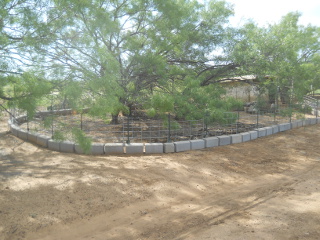 And then two sections wired together: 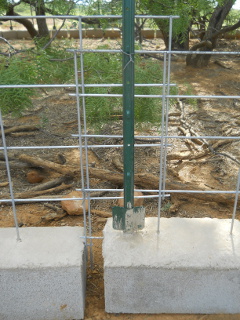 This is our pig Penelope, enjoying her mud pit! 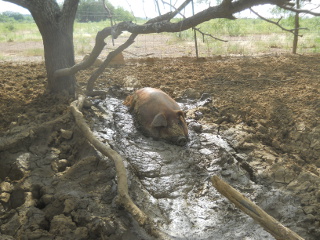 And this is a little video of me coaxing her out into the new yard for the first time, and her starting to wander and root around:

We’re thankful to the Lord for granting the provisions and physical strength (those sections are a little heavy 🙂 ) to extend the pig area!