Out here where it’s very hot during the summer, and rain is intermittent, we’re always looking for ways to keep rain water on the land. On our homestead, we’ve done our first catch water system, the cistern, and a tank (pond) expansion. Recently, most of a backhoe week-long rental payment was donated to the Pecks here, which they graciously then donated to be spread around to the group. Lots of root cellars, tanks, etc. were dug out. At first, for us, I was just going to move a little dirt to the far end of our pond expansion, to allow for some more water to be kept in the pond; but after thinking about it more, and given we have a corner in our inner field that is a water collecting point, we thought it would be good to see if we could get a hole dug down there to create a tank for the goats to drink from, and hopefully the geese to swim in (and maybe be able to actually mate! 🙂 ).

Mr. Stonger here graciously granted his time for the week to be the backhoe digger guy, and so he came down and dug out that area near the southwest end. 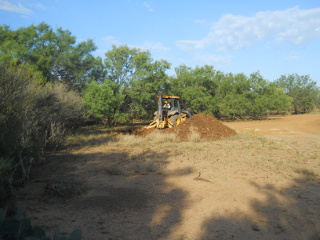 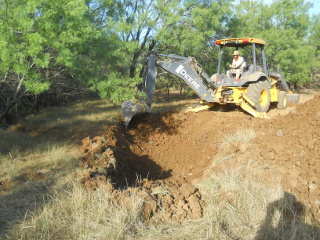 And here it is, ready for water! 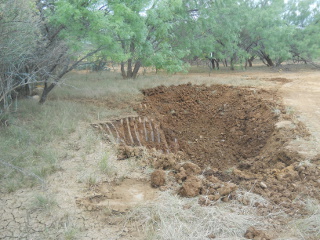 He also took the dug-out dirt and placed it as a berm around the lower edge of the field: 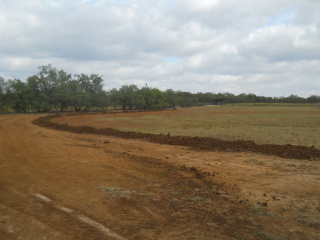 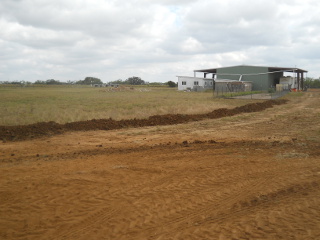 Given that, and after he was done, since he had already done it for some other people, Mr. Stonger offered that if we wanted, he would dig out some trenches as swales, with the purpose of keeping more water on the field. And with him willing, we went ahead with that.

This is the tool Mr. Stonger made to find a level line across the field: 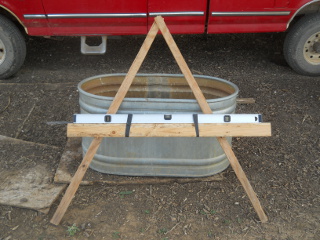 And here is a line of flags placed. After placing a flag at each placement of the leveling tool, I would look back and find a general trend line and keep the flags at the ends of the trend line and remove the ones in between, which allowed for more flags being available for farther down the line: 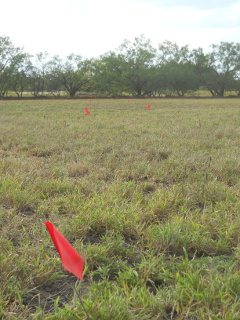 And then Mr. Stonger came back to our place after the tank digging to dig the swales… 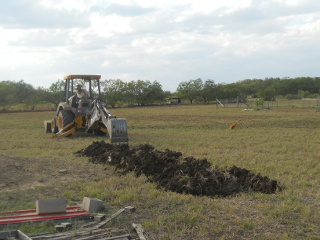 And here are the two swale trenches dug out: 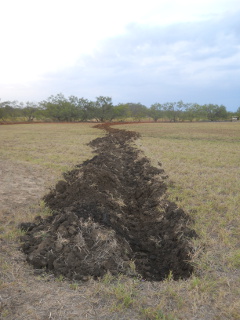 When he was done, I went through the swale berms moving the dirt around trying to fill in some of the gaps, as there was potential rain that evening.

Well, probably within an hour or so, the storms a-came — with a severe one in fact. It brought some of the fastest storm winds we’ve had out here so far. But the Lord granted mercies toward us in the storm, with allowing us to have our animals put away for the night, and the worst of it just missing us, but granting quite a bit of heavy rains. And later He brought some more, although these were much more calm.

And here are the results the next day! 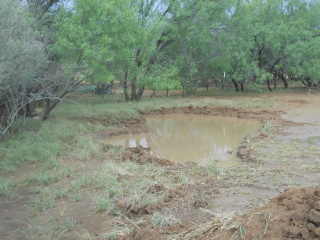 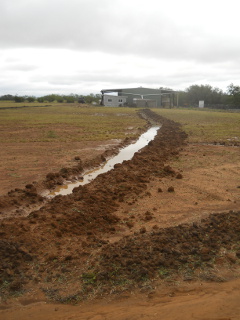 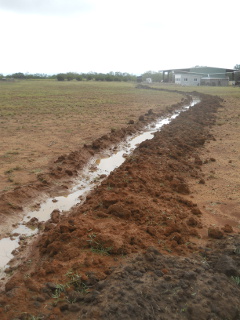 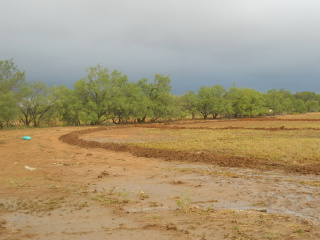 The berm and the swales did wash through… 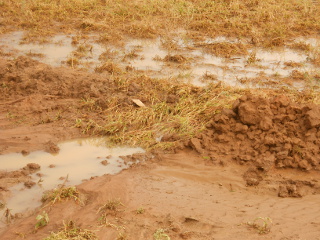 …but I went through and filled up those gaps again, and they did much better two days later after some more rain.

And here are the geese taking advantage of that! Our next job is to try to get them to swim in the new pond. We have gotten them over there a couple of times, but they didn’t seem too interested for any length of time: 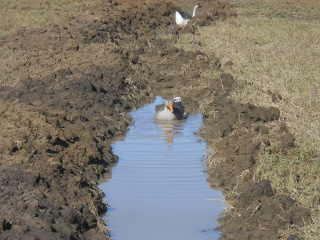 With the fierce storm winds, one of our older apricot trees didn’t fare too well. Some of our trees over time, and I believe because of the heat and drought, have had the bark on some sides of their trunks dry up and peel away, and my guess is the exposed wood there is dry, and with this facing the wind direction, this is where this tree broke and was knocked over. However, with the bark in tact on the other side, it didn’t completely separate: 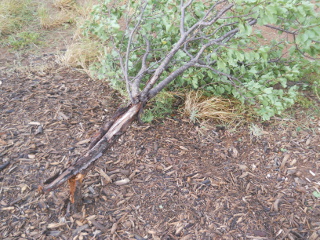 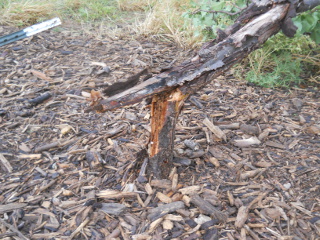 After a little research, we propped up the tree, secured it to t-posts and cinder blocks in three places with a 2×4 brace behind as well, and I bolted the two broken parts of the trunk together — apparently that’s supposed to work. So, Lord willing, this apricot tree will heal and continue on its life. 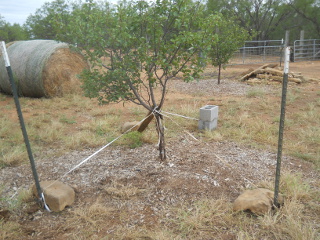 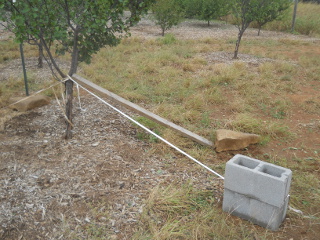 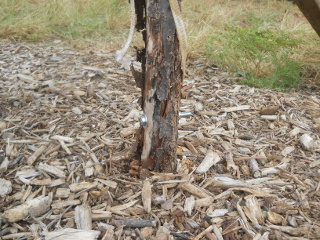 And here is some garden damage, but for the most part, the plants were thankfully okay: 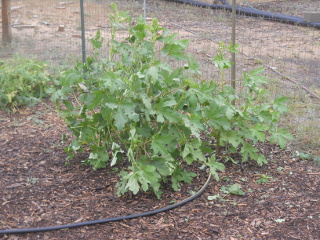 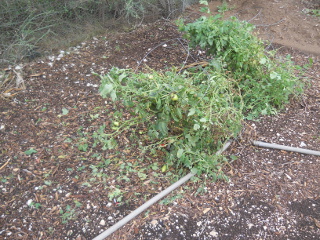 I did find some tiny pears on our pear tree though too! 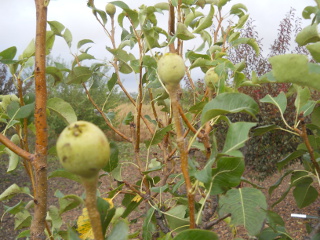 As always, we are thankful to the Lord for this opportunity to store more rain, and hopefully benefit the fields and the animals! Thanks to Him for the safety He granted Mr. Stonger (and Robert, who did a little) while on the backhoe, and the mercies in the weather! And thanks much to the donator of the backhoe to the group, the Pecks for donating the backhoe time to the group, and Mr. Stonger for all his hard work!