With the ceiling sealed in and still needing to get insulation in the attic, I also needed a way to provide an access portal into the attic. I figured having it above the closet of our bedroom was probably best, so that I could stand on top of it to be able to more easily get into the attic without having to have a taller ladder to reach the greater than 11 foot ceiling height.

After some planning and obtaining some supplies, I delved on in…

This is the panel I chose. Besides being above the closet, I wanted to use one of the half-panels so I could more easily remove and install the panel without assistance: 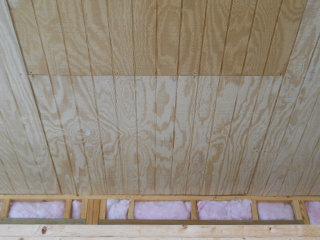 Here it is removed. Before removing it, I first had to remove another small panel so I could get into the attic and mark out lines where the trusses ran along the access panel, which would help me know exactly where I would need to cut: 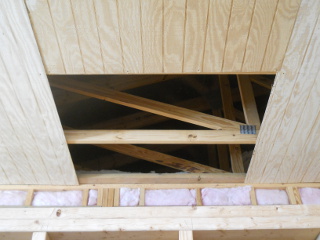 Once the panel was down, I drew the cut lines that would make the access door. The plan was to have one side of the door be the original side of the panel and close onto a truss and cover half way, thus requiring only three cuts. The opposite side (shown top here) would lay half way on the other truss, allowing the panel to be re-attached to the truss and for the door to cover the other, exposed half of that truss when closed: 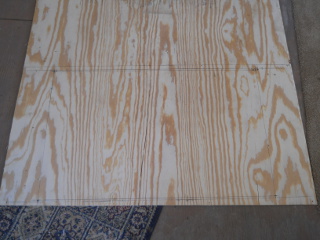 And here is the cut panel: 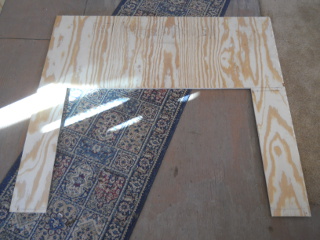 And then back into place in the ceiling: 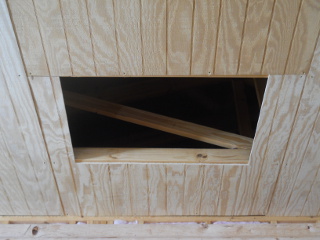 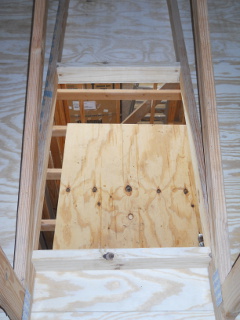 Then, it was on to making the door…

Here are the door frame pieces. They needed to be cut to length so the hinge side would be flush with that edge, and the other three sides would show about one inch of panel, which are what would cover the exposed halves of the trusses and cross pieces when closed, plus a little gap to keep the door frame from hitting a truss or cross piece when actually closing the door: 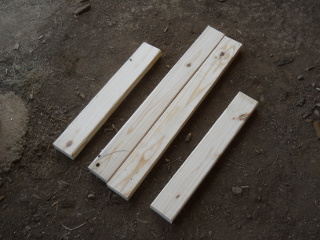 These are the pieces made into the door frame: 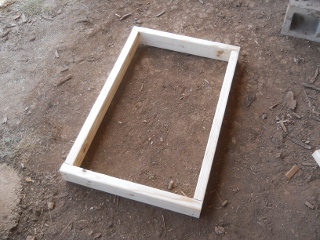 And then installed on the door: 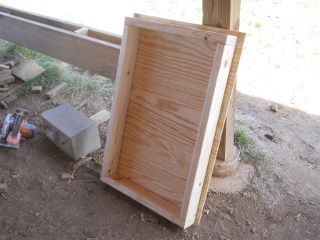 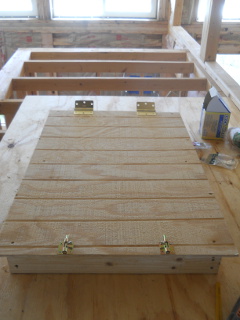 And close-ups of each: 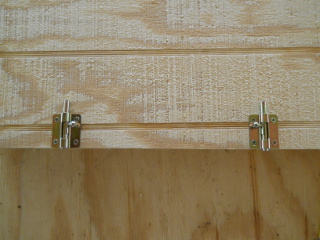 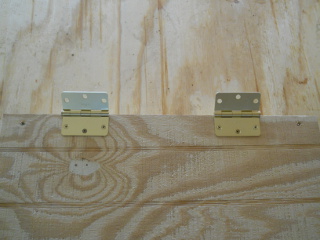 This is the fancy way I held the door in place to attach the hinges to the ceiling and cross piece: 🙂 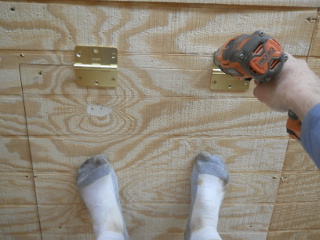 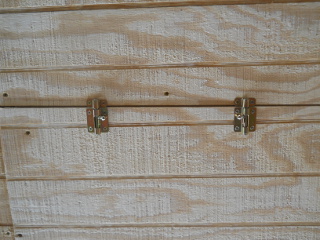 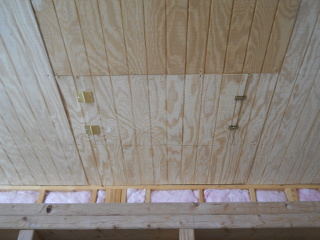 And with it open: 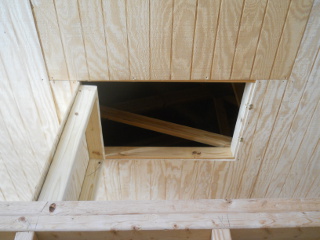 From the back side: 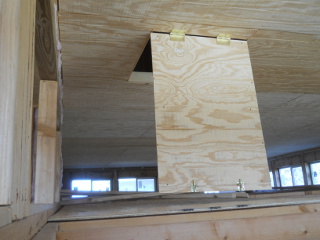 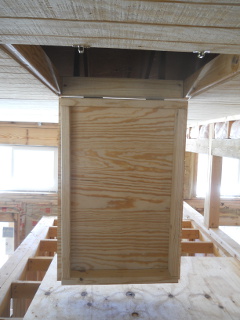 I was amazed it actually worked. It was almost anti-climactic in that there was no “drama” with it, which there usually is in my building projects. 🙂 But, it was nice to have it work out as well as it appears to have worked.

We’re thankful as always to the Lord for granting the provisions and continued progress on the house, and I’m thankful to Him for the idea and plans for making this bit of the project seem to work successfully.