God has graciously granted yet another two sets of chicks to be hatched out in the 2015!

Here is the seventh group in the mini-chicken tractor: 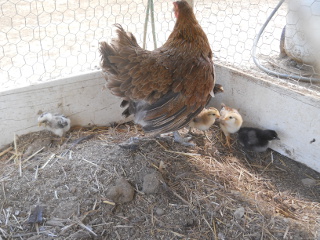 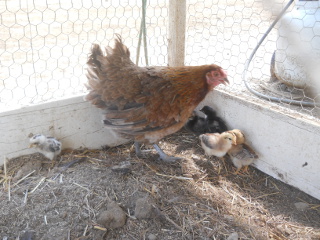 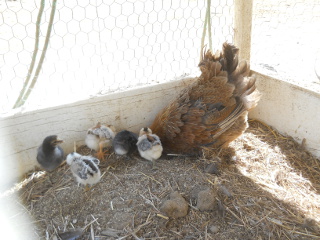 She hatched out five chicks, but one was something of a runt and took much more time to grow, and usually they don’t make it. You can see the little one in this video. It actually went along several weeks, seemingly getting stronger. However, one day, for some reason its little head started to twist and want to stay that way, and it just could not keep it upright anymore; and so, I made the personally tough decision to euthanize it, figuring it was now in a bad way and just wasn’t going to be able to sustain itself. 🙁

And here they are before that time. The other four are still healthy and doing well!

And this is group eight! I believe she hatched out at least eight, maybe nine, and there are seven still going strong; and thankfully they haven’t had the little sickness that has run through some of the other groups: 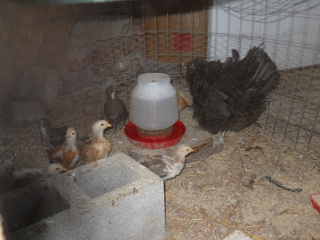 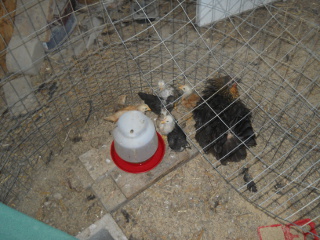 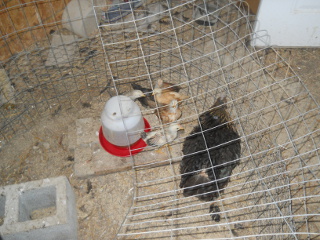 We are very grateful to the Lord for the continued health and safety of the hatchlings, and His continued provisions in this way!