We had some late arrivals with our goat kids this year, but we are thankful for the two more kiddings the Lord graciously granted! Below is the departure of the main herd of kids, and also some of the goat goings-on around the farm, for your entertainment. 🙂

Winnie gave birth to a little buckling! She had been having quite a bit of rumen problems last year, and we think that’s why she was delayed in giving birth, but thanks to the Lord she did so in health and with a healthy kid. In honor of her name, we called him Wilfred: 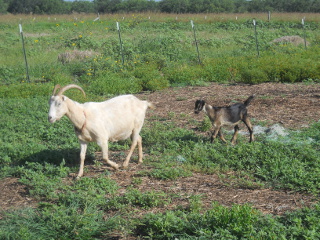 Then, it was time to ship them off with their new owner!

Here we are setting up: 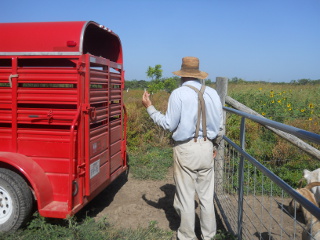 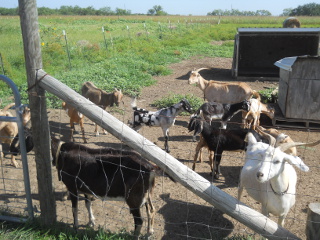 And here’s a video of the process and saying goodbye:

We are grateful to God for providing a buyer who likes to come every year and collect our kids.

And then, thankfully after what we think was originally an aborted pregnancy, Lucy gave birth to twins about a month ago! They have their sire’s oolors, with the blotches, and they reminded us of ice cream — the light colored buckling like chocolate chip cookie dough, so we called him “Chip”; and for the doeling, we couldn’t think of a good ice cream name, so we went with Jane Dough, or what we call her, “Janie.” 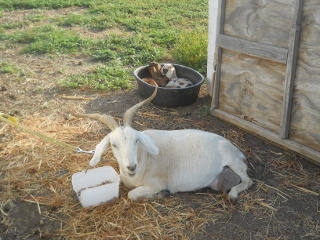 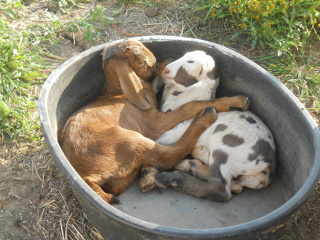 And here’s their video, with an intro about their mommy before she gave birth:

Goats are interesting, fun, smart and troublesome quite often. So, we thought we’d share a few of those moments… 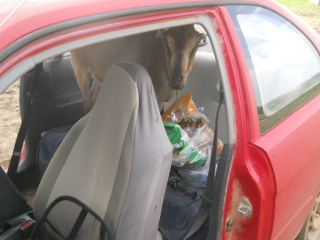 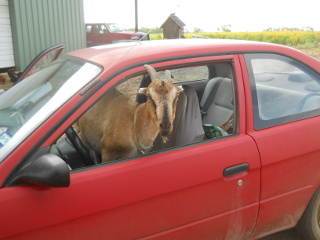 Here they are lounging around in the sun one day:

And then all around the camper, which they do often. There’s a nice little breezeway under the camper they can usually count on to provide some refreshment and relief from the heat:

And Hannah sometimes gets some extra lettuce or kale, and then comes around looking for more. She’s an expert at convincing you she is an innocent victim and has fooled us many times…. but she’s probably the most wily of them all 🙂

We are grateful to the Lord once again for the kids He granted us this year! We had to give several of our goats de-wormer this year as some of them got pretty anemic, but God granted they get better; and we thank Him for the continued safety and health for and milk from our goats; and we’re thankful for the adventure they bring to our lives here! 🙂