We’ve been able to start transplanting from the mini-greenhouses. Basically, I would take my pocket knife, cut down the middle of the dirt in the mini-greenhouse, trying to separate the soil between the two plant sides, and then just use my fingers to dig in between, scooping out one side, and planting it in the mulch garden bed.

And by God’s graces, so far so good! I was a little worried about how the transplanting process would work out, but I don’t think we’ve lost one yet, which is nice, although I don’t know if the unusually warm Winter we’ve had has been a major factor.

And so, things are starting to grow out on their own… 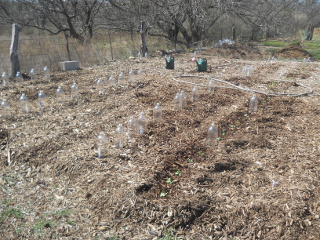 The peas seem to be doing the best: 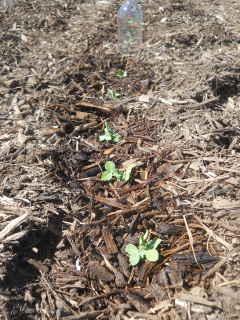 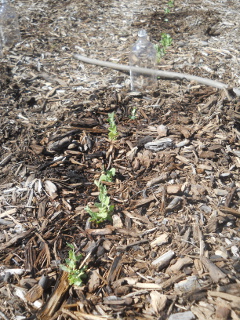 And here is some cabbage: 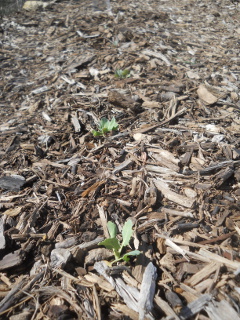 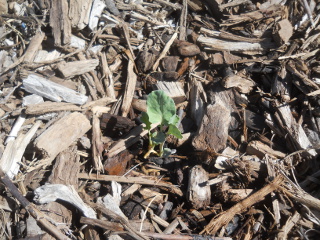 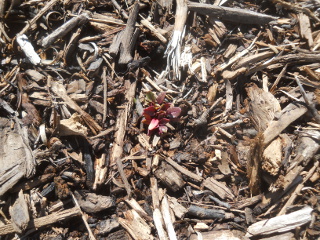 We’ll see how things continue, but we are thankful for what the Lord has granted thus far, for the recent rains, which really put a spring in the plants’ step (so to speak 😀 ), and we pray God might grant food in the end!