The Lord graciously granted another 4 rounds of chicks to hatch out — our 6th through the 9th of this year! 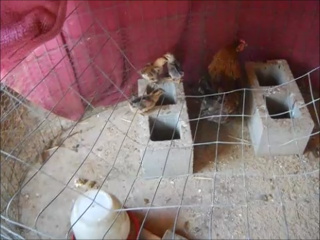 She actually hatched out 9. Sadly, this mommy was very over-reactive to everything, and I think she ended up stepping on several of the little ones. We lost 5 that first day, and 1 more the next, several of which had openings through the skin in their little bodies exposing their insides. 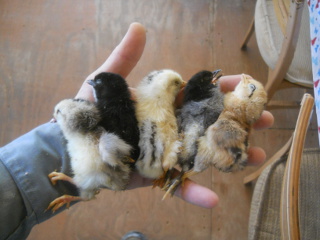 One of the 3 left also got out one day and got its foot caught in a mouse trap! I found it running around with it attached. I was worried it might lose all use of its talon, or get gangrene, but over time, God granted it heal, and it’s running around now like nothing happened. We’re thankful!

Group 9 obviously had some interesting things with it, but as for the rest of the groups, things have gone very well, save maybe 1 or 2. 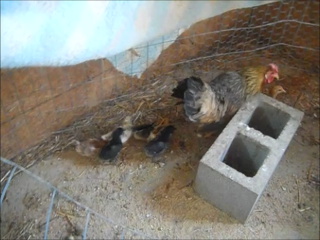 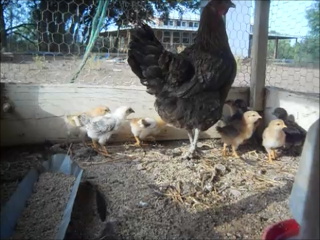 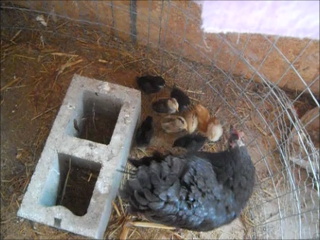 At one point, I pulled the mommies from groups 6 and 7 and put the 3 from group 6 in with group 7. A few days into it, I heard frantic cheeping from their room, and when I got back there, I discovered one of them had been basically scalped, I assume by the others. I figure it got pecked at, it caused an opening or blood to show, and then its little head became a target.

But, it’s not dead yet, and so I moved it into the empty room and have been coating its skull with Neosporin morning and evening, and we pray maybe God would grant it healing. 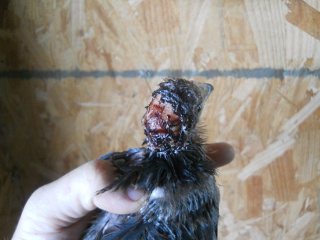 Finally, here is the video of all 4 groups. Look for one mommy’s extreme closeup moment! 🙂

As always, we are grateful to the Lord for granting any chicks, and the continued provisions from Him in this way!