It’s been some time since our last garden update, and so we thought we’d post an update on some of the results…

First, earlier in the year, Sue decided to process our butternut squash from last year that had been stored in the root cellar up until that point.

Here is a basket of it: 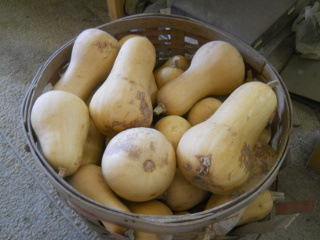 She then peeled it: 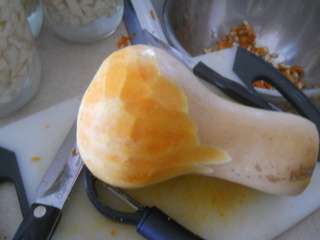 And cleaned out the innards: 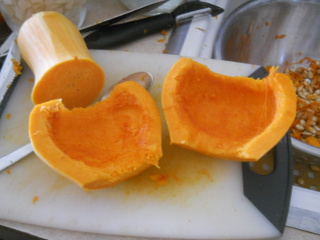 And sliced them up, and then pressure canned them. Nice! Thanks to the Lord for them, and being able to store them all that time in the root cellar to be able to be processed later: 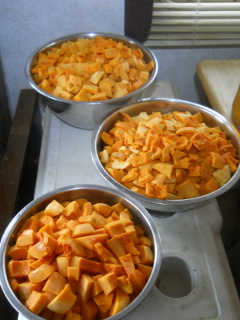 We did get to enjoy quite a few peas we mentioned in the last blog post, and a few beets, in salads and the like. Given the fact we had laid down a new, thick mulch layer before planting these, we are thankful to God for what we received!

Here are some of the peas: 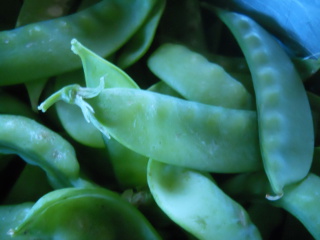 Catching up to now, we planted okra during the summer, given how prolific they are and needing warmer soil. I used older seeds, and with the new mulch layer and harder soil underneath, continued to have trouble getting things going.

However, we bought some new seeds, and those worked better, although we got a late start because that was our third iteration of seed planting: 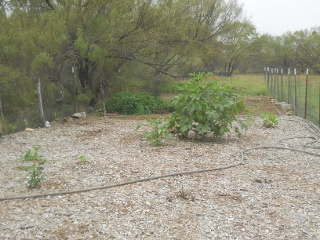 Here’s our best one: 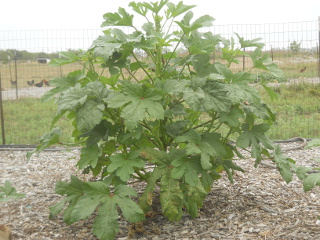 And an okra! Right now with as few as we have, we’re just eating them in salads as we receive them: 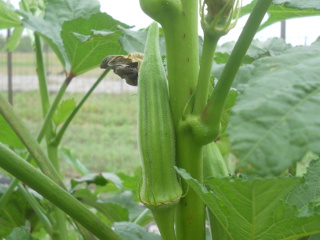 We had something in our garden slicing off smaller okra plants across the stem, but I took one of the cutoff branches and thought I’d try planting it in the soil, and it’s actually still making it, with a little okra on it too! 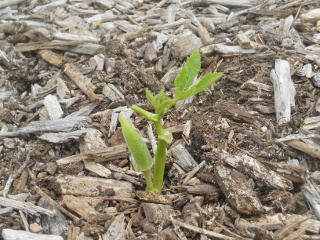 This plant in front of this picture grew in a place where I didn’t specifically plant something. I’m assuming it’s an okra too, but it is a surprise plant! 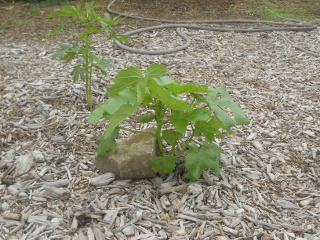 And this is a little okra still struggling away. I continue to water it; I don’t want to give up on it as for me there is always hope.

This little plant reminds me of me, and my struggle for spiritual growth and where I see great lack. I pray and hope the Lord continues to water me that I may one day produce the fruit of His graces, and that He doesn’t give up on me either: 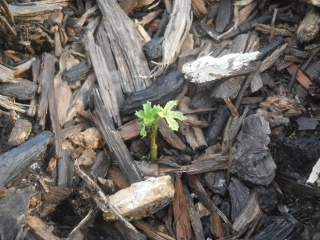 Also in garden 1 here, there are a couple of volunteer plants that just sprung up by themselves from seeds of seasons past.

The front one is all one big tomato plant, and the back a zucchini I believe, although we have just not had zucchini or squash work in this garden area. I’m not sure why: the plants grow big and green, but just no fruit. Maybe because it’s in the shade? Maybe because there is an odorous wild brush that grows behind it hiding the zucchini flower odors from pollinating insects? I’m just not sure, although there is a little one that has been growing on it, but just isn’t healthy: 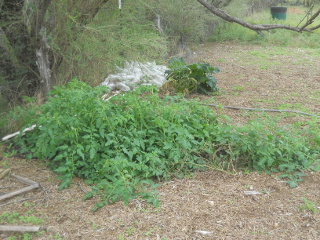 And here are some tomatoes! 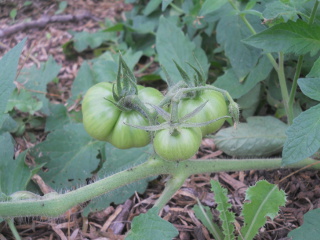 Lastly, here is the only cabbage that has made it since it was planted in the winter, and it’s starting to re-grow: 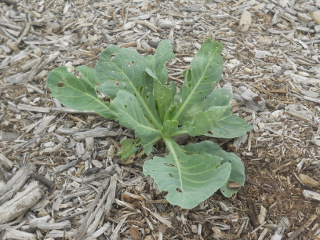 Over in garden 2, as mentioned in the last garden blog post, I scattered turnip seeds there, and here are the results so far! These have grown with zero work or effort on our part, and thanks to the Lord we have greens for our salads from these as well: 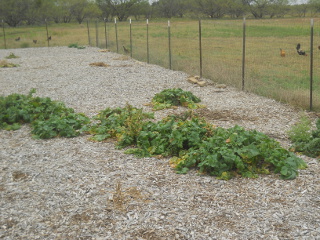 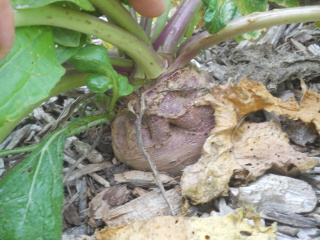 As always, we consider all of these things gifts from God, and we try to always be thankful, as we believe these are all granted by Him by His graces and mercies alone. Indeed we thank Him!