Since our last garden update, we thought we’d show how the garden has progressed through a difficult drought. With lots of heat and little rain in the Summer, the plants struggled, but coming into Fall, the Lord graciously granted some good rains, to Whom we are thankful.

Here’s a recap of the garden goings-on… 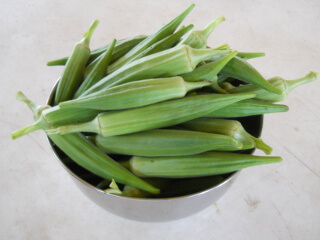 But even this year, they struggled, and dropped their leaves early, which is quite unusual. Normally, they stop producing when the freezes come, but it was different this year: 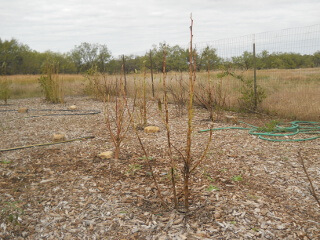 But we are thankful to God for what He granted! And here are some of them preserved in apple cider vinegar: 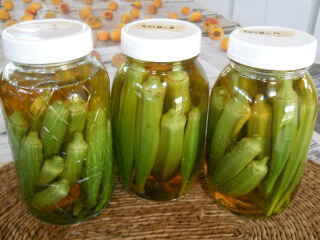 This year, I planted them in our original garden area. Between the rains, and with hard freezes coming, it was time to get them out of the ground. Here are the main plants the day of: 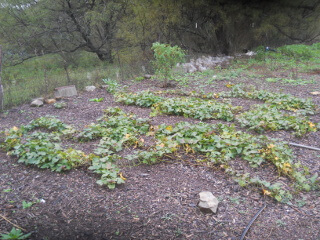 And some volunteer ones from last year: 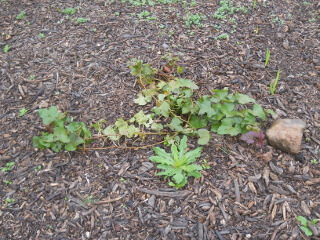 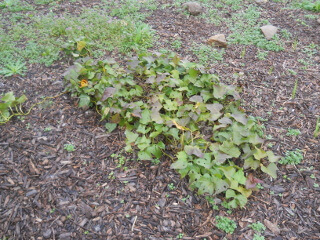 Here’s Sue helping dig them out: 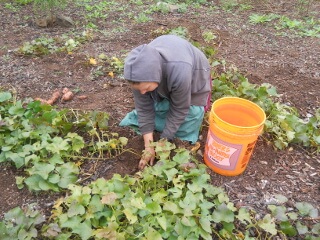 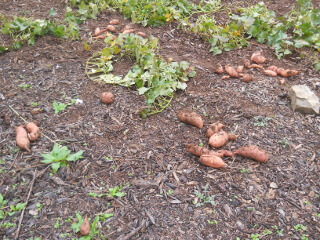 And then what the Lord graciously granted! It seems less than last year and they are quite a bit smaller, but I put them in a garden that has had only one mulch layer put down, and we went through one of our worst heat spells and droughts this year, so besides the fact that God doesn’t have to grant anything if He doesn’t want to, we are thankful for what He did, with food coming directly from Him! 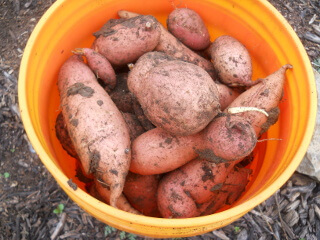 Now it’s 3 weeks of hardening out in the open, and then 6 weeks into the root cellar, each individually wrapped in newspaper for sweetening! Yum!

Since we had a garlic harvest last season, we saved some for planting this year, and completed that process recently too. I believe this is our first time of replanting our own!

Here is the beautiful soil the Lord composted over the last year, into which we planted the garlic cloves: 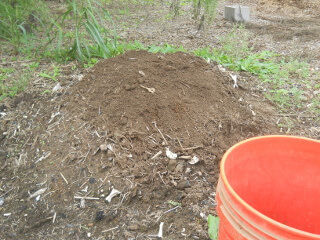 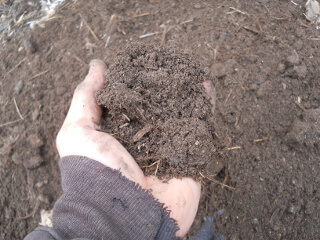 And a newer pile we had started: 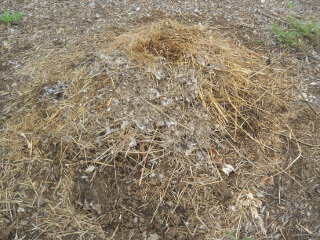 And here are the garlic plants starting to sprout up! 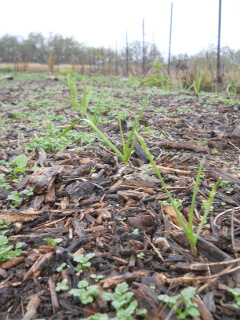 We pray for God’s provisions from these next year, as He wills.

Here are some other things currently growing in the garden… 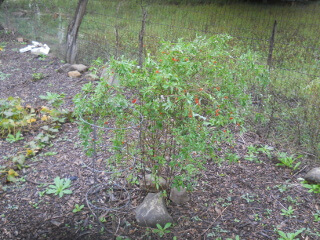 The blackberries, which died back, but started growing from the roots again: 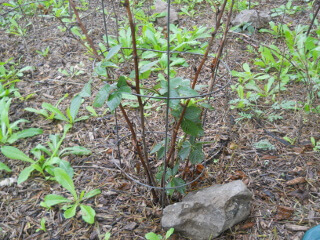 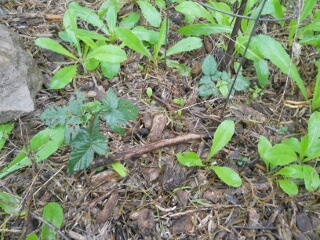 Our little volunteer squash plant. I cover it with double blankets most nights 🙂 : 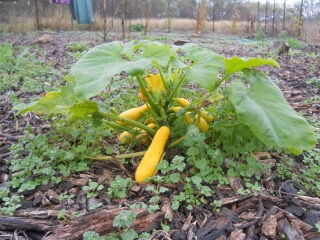 A volunteer tomato plant. It had little flowers on it, but sadly,even covered with blankets, didn’t make it because of the cold: 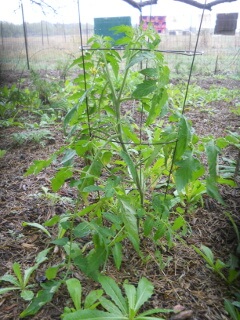 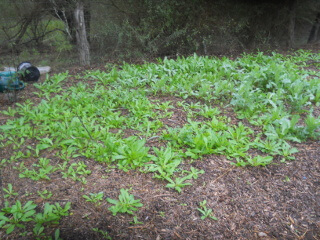 And a volunteer turnip: 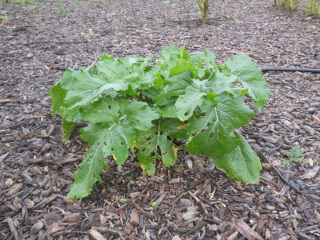 And finally, I thought I would include here the last from the orchard, this year’s pecans. Once again, I think the drought really made things struggle: 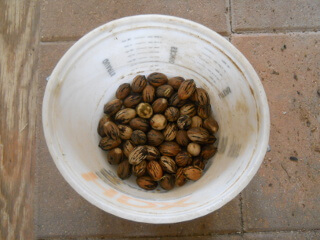 But, as always, we are very thankful to the Lord for granting all these provisions! May we be humbled He even considers giving these things at all, and may we be satisfied with, and thankful for, what He does. And may He grant us to be fruitful followers of Him as well!

The Lord graciously granted another hen get broody this 2018, and she hatched out our 5th set of the year! She hatched out 4 with 1 sadly not making it more than a day, but the other 3 are still doing well as of today! 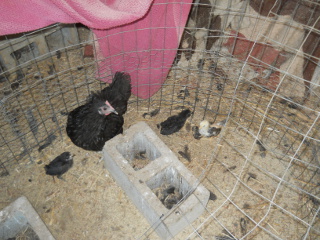 And then one day, Sue was taking the dogs up to their goat field for their evening running around, and lo and behold, there was a hen walking around with 5 chicks following her! Wow! We eventually tracked down that she had been sitting in a pecan tree fenced-in area. Thanks to God for allowing her to sit out there for at least 3 weeks without being eaten herself!

We gathered them up and got them into the summer kitchen brooder building, and here they are. She had 5 with her, and they also are still all going as of today! 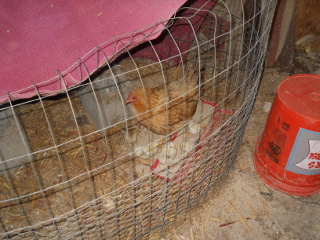 And here is the video for both groups:

As always, we are grateful to the Lord for granting these provisions, and His extra graciousness in preserving the mama and eggs outdoors for all that time!

This one’s a little rough, and extraordinarily sad for me…

We had to say goodbye to Gigi, our almost 10-year resident goose here on the homestead. It wasn’t necessarily that she had died, it was how…

Sue went into the barn one morning to get the dogs out of the kennel to take them up to one of the goat fields for their morning time up there, and when she opened the back door to the barn, the dogs met her there.

Wait…what??!! she thought. That’s impossible…the dogs are in the kennel!

It was true; they were out, and the worst fear had come to pass…

Being Border Collies, they have an extremely strong instinct to chase down animals, and sadly with birds, eat them. And sure enough, Sue found Gigi dead. She took up the dogs, and came and got me, and it was true. Interestingly, Gigi didn’t seem to have too many injuries to her, only torn open a little in her chest, but maybe the whole experience was too much physically, or something happened to her neck, or the injuries were just worse than they looked, but she was gone. We pray she didn’t really suffer and that it was quick and painless.

The chain link fencing at the bottom of the kennel door had been pulled up some, and the dogs had apparently squeezed through. Brodey at times past has become scared or something, usually in thunderstorms, and will bite on the kennel door fencing and pull on it. He’s even broken a lower canine of his, we figure from doing that. Well, we assume this is what happened and how they got out.

It’s so heart wrenching, because it was easily preventable. And needless to say, we are much more aware of the conditions of the kennels now.

But, before the world was even created, God planned in His wisdom and goodness to grant us just 5 days short of 10 years to take care of His gift Gigi, who brought pleasantness to the homestead. And we thank the Lord that no other animals were killed with the dogs free like that — a great grace and mercy!

Here is Gigi with each of her mates, including videos of their introductions:

When Gary met her:

And when she met Augie:

And finally, when she met Gustav:

And here’s a final video of she and Gustav, after Gustav had got a watermelon rind stuck on him. We hope God grants us another female at some point so Gustav will not be alone:

We thank the Lord for allowing us to have Gigi and the blessing she was, and thanks again to the folks that gave her to us! 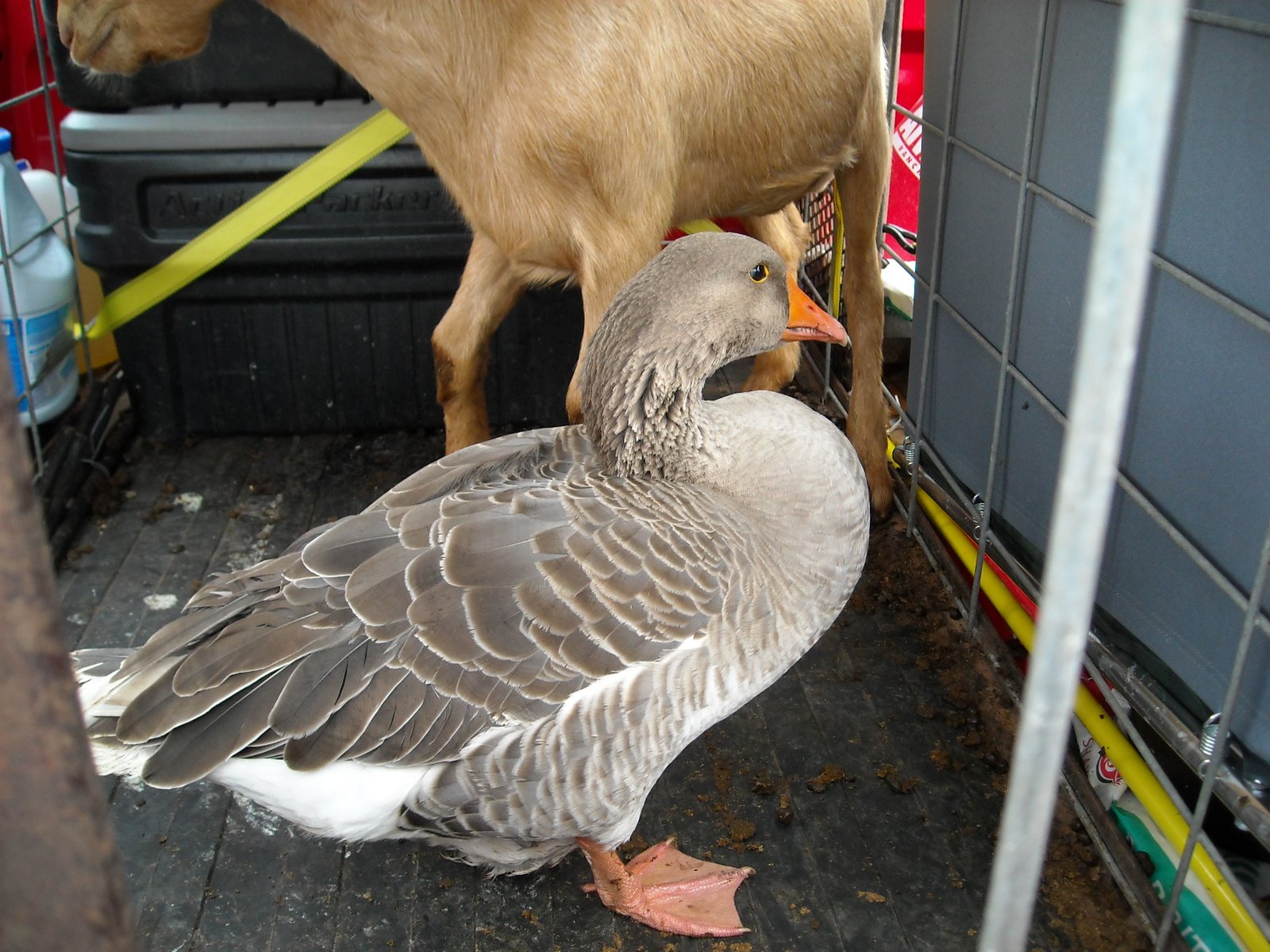 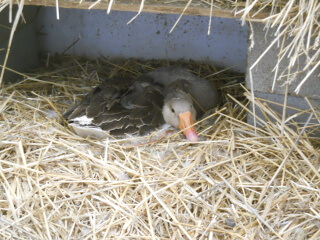 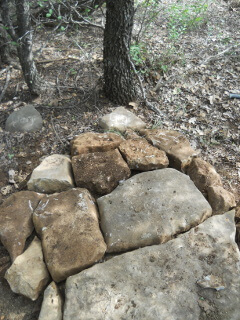 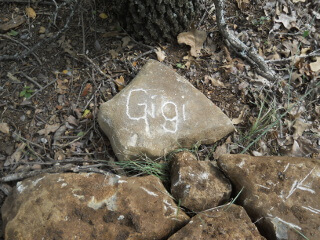