In the attempt to become as sustaining as possible, we have grown some crops in fields throughout our time here. Some have been for us to eat, but also for chicken feed.

One we haven’t tried but apparently works well around here is milo, and so last year I thought I would try that.

I planted in May I believe, and because of the drought and longer, hot summer, the milo was stunted, and took 4-5 months to really start to seed out. Here is what it looked like 1/3 of the way through November: 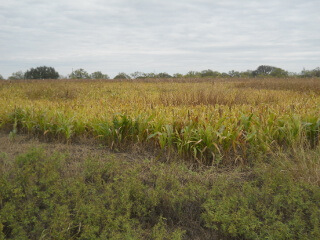 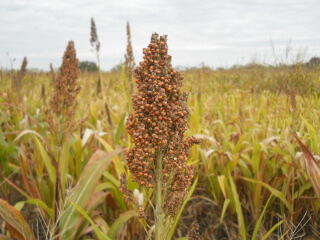 At that point, it was just a matter of if the seeds could mature before the freezes hit. Well, that sadly didn’t really happen.

However, I’ve gone ahead and begun to harvest what’s there, in the hopes that the chickens might eat it anyway. With the seeds being as immature as they are, I don’t think that even a combine would do anything, so we’re doing it by hand. At least it’s not 11 acres of pulling weeds, like our cocklebur fight with the upper field! 😀

Here are some buckets of collected milo heads: 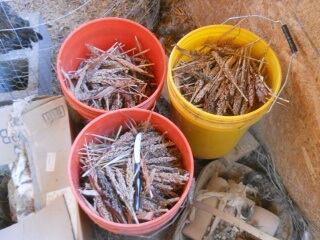 And me scraping. I found a serrated knife worked best: 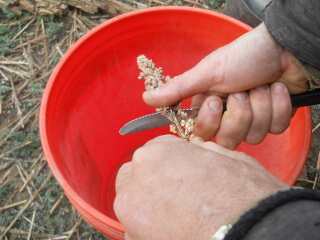 And here is a bucket full of the scraped seeds. We have about 3 so far as of now: 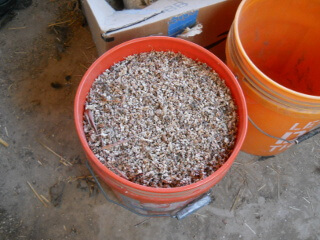 We are thankful to the Lord for these provisions and what He granted, as He is in no way obliged to grant us anything. 🙂 And we pray for continued help in learning how to live in direct dependence on Him, both temporily and spiritually.