While a decent amount of water on average is supposed to fall on our county, it usually comes in spurts, so we are always looking for ways to store more.

Even though I added an extension onto the original tank (ground water ponds are called “tanks” in Texas 🙂 ) that was here, it can sadly dry up, which not only doesn’t really allow for stocking it with fish, it also means less water available for the cattle, and last year we had to start watering the cows off the black water tanks we have, for a few days anyway, after which God graciously granted huge rains and filled up all the ground water tanks again, and we were very thankful!

Still, you can never store enough water around here, and so, after the Lord granting that we be the recipients of a kind and gracious gift of some funds, I thought it a good idea to add another tank.

I had thought originally to put it on our north field, as after good rains we would see standing water, but the ground digging folks who were going to do the job said there wasn’t enough water running through there…that we really needed lots of acres feeding a tank to be good. At that point I wasn’t sure what else to do. But then I thought, you know, we have a pretty good creek going through our place that flows really well with heavy rains. And so, we went back there, and they said that this would be a much better place and would probably work well. Well, great!

Here is part of the area where the creek would flow through before they started: 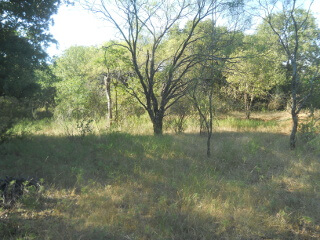 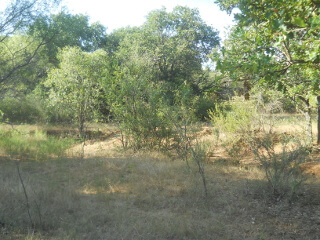 After they brought a backhoe out to make sure they could get through the top so-many feet and weren’t going to hit rocks to where they really didn’t think they could dig, they began.

Lots of trees to clear. It was hard to see some of the bigger oaks go down, but now we have stacks of firewood to cut up for quite some time!

Here’s the bulldozer they used: 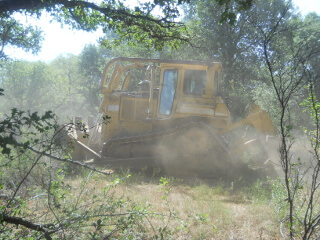 The trees were no match: 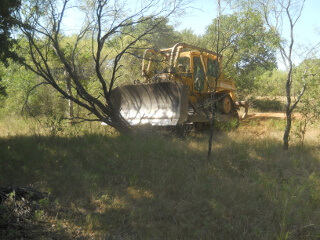 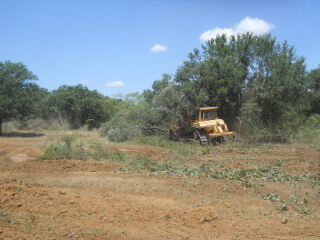 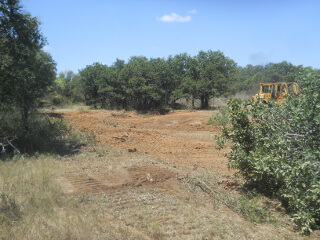 And then the digging commenced! 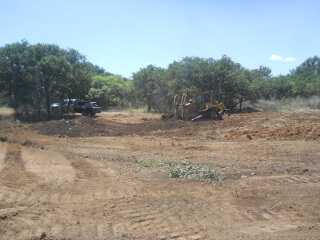 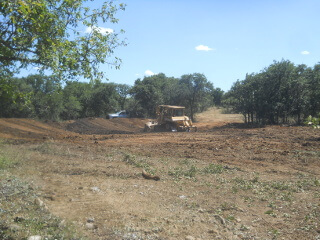 Between knocking down trees and digging, they didn’t get a lot of dirt moved that first day, but here is the progress after day 2. Sue’s there to give some perspective of the size of the dug-out area: 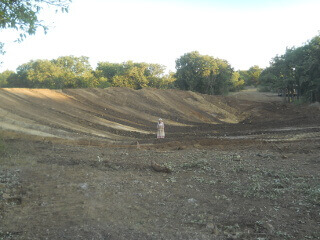 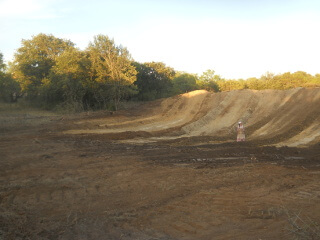 And this is the back side of the berm after day 2: 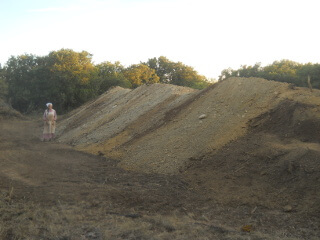 Here they are back at it again on day 3: 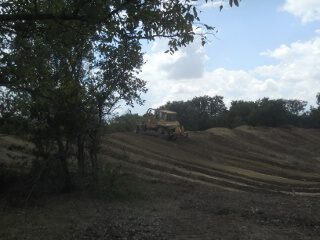 They’d use the claws in the back to break up the dirt to make moving it more easy: 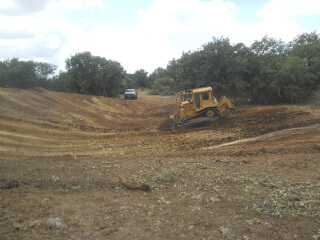 And here’s after digging day 3: 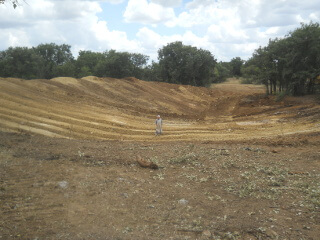 And then after digging day 4. We still had planned probably at least another full day of digging: 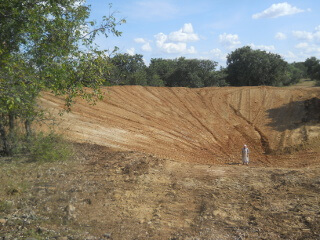 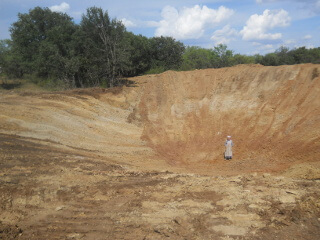 This is from on top of the berm: 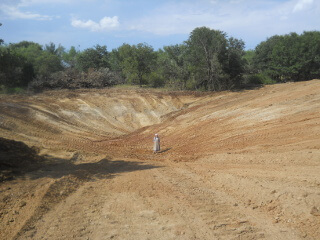 But then, the Lord indicated to us that we were apparently going to be done with the digging, because over night and early that morning, He filled it up nearly to the top! 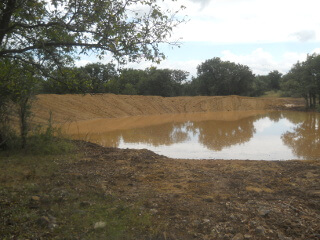 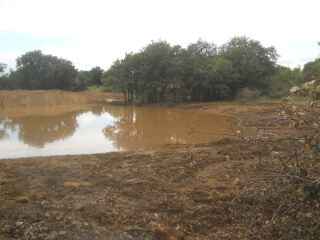 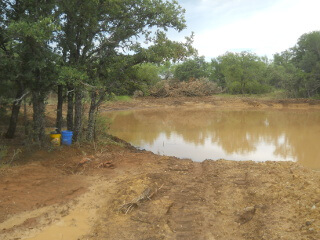 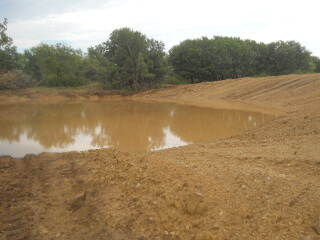 Well, that wasn’t going be pumped out so they could continue, so we thanked God for the rain and the water stored in the new tank, and submitted to His perfect, wise and good will in deciding when we were done. 😀

All that was left after that was for the digging crew to come with the road grader and “top” the berm, make a spillway off to the side to allow for overflow so we weren’t blocking the water flow entirely from those down stream, and then perform some final clean up.

First, we thank the Lord for the provisions He granted to be able to do this!

And we thank the very nice people who gave us those funds…thank you very much again!

And we thank Him for His graciously granting the rain and directing us in our endeavors with His perfect will!

We pray He always does, and who better to do this than the great Jehovah God, King of all creation!