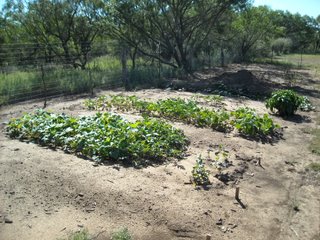 With water provisions graciously granted by the Lord, and with His graciousness in allowing us to store quite a bit of it, we were able to keep the garden going. Some of it didn’t make it so well, I believe partially because of how the double-dug beds are sloped and still only have original top soil, which at this point forms a hard layer after drying. Lord willing, over the winter in preparation for next Spring, we hope to build up the soil on top of the beds with compost, vermiculite and peat moss.

Despite that, God has granted us some provisions off of the land from the current garden. Besides the one shown above, here are some pictures of the growth: 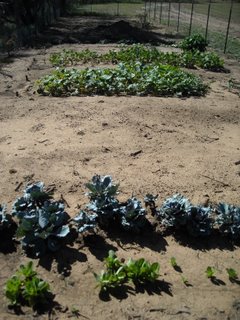 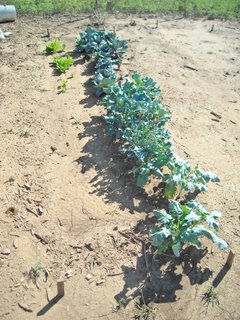 And here is a bowl of green beans and bell peppers: 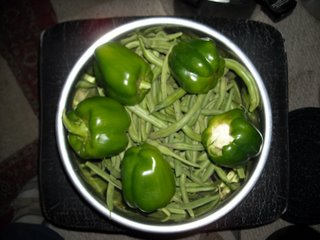 And one of squash and broccoli:

And her are some carrots, which were planted in the Spring and survived the drought: 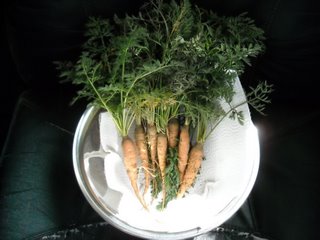 Here is some of it being prepared for long-term storage: 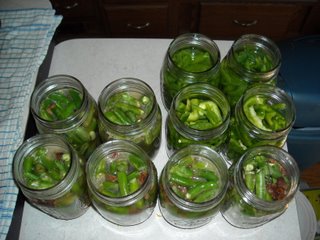 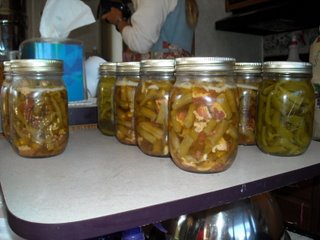 Here is a watermelon. Interestingly, we didn’t plant watermelon seeds this year at all! 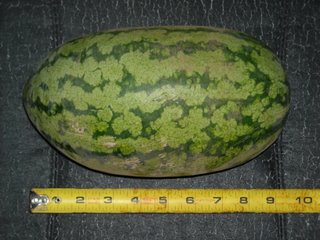 There were some logistic issues to the fall garden. I did try to time our planting based on the noted harvest times of the plants with the theoretical first freeze for this area (which for us is Nov 15). The Lord has been gracious in not permitting a hard freeze to come through here as of yet, and so that has allowed us to gather from the garden even beyond the predicted harvest times.

During the last few weeks, on freezing or near-there nights, we have covered the garden with 10′ wide, 6mm thick, white plastic, so the sensitive plants wouldn’t be directly exposed to the cold; and that appears, by God’s graces and mercies, to have helped on those nights. However, it seems there is a point with some temperature-sensitive plants where, even though they are covered and temperatures don’t reach hard-freeze levels, they are still affected and essentially stop growing their “fruit.” But, the vegetables themselves were not destroyed, and we were thankfully able to still cull them.

Right now, we have collected all of the above-ground vegetables. Sue’s next job with the garden is to pull the carrots (planted in the Spring!, but which are root crops, therefore below ground, and thus more protected from colder temperature) and then process the cabbage, which we are probably going to try to store as sauerkraut, as that is a common agrarian method of long-term storage.

All thanks be to God for His graces, mercies and provisions in allowing us food off of the land.