Slowly we have been building a fenced in area that is essentially a controlled environment, set apart for most of our homestead endeavors and free from roaming cattle, which if given the opportunity get into everything, and will eat other animals’ feed, fruit trees and other planted vegetation. At some point we hope to allow the cattle to free range the entire land, which would require each homestead to fence off areas they do not want to allow the cattle access. For us, the final section of fencing that we needed to close off was behind the barn, which was originally a complete fence; but I opened it up so we could drive through the woods to one of the public roads so that we didn’t have to go through several other gates to get to that road. Also, we hope to put a house just behind the fence; and so, I thought we would add a couple of 12 foot gates in that opening, which together would span the road nicely and would allow for large equipment and the like to get through.

Once again, we hired our neighbor Kelly to work on this. Here are some pictures of him working on the project, and finally the gates set in place: 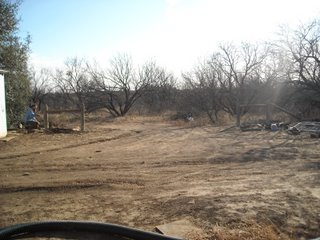 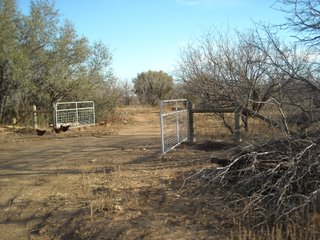 Once again, we thank Kelly for his work; and we are grateful to the Lord for allowing us to be able to complete the enclosing of our main homestead area.