In trying to continue to get away from dependency on the world, we have looked into preserving food without canning or freezing. One of the methods for doing this with fruits and vegetables is drying. There are food dehydrators available for purchase, some electric, some solar; but it seemed to me this would probably be pretty easy to construct. And so I searched for plans on the Internet and settled on these solar food dehydrator plans, partially because the design was very specifically laid out (which I need), and also because it appeared to be the most compact for the process behind the drying and still large enough to be able to dry quite a bit of food.

Here are some pictures of ours as I built it: 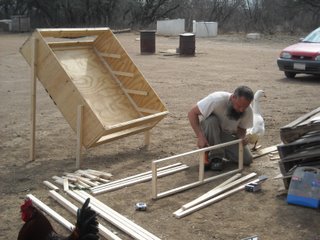 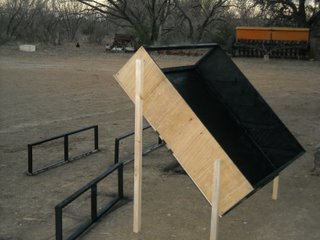 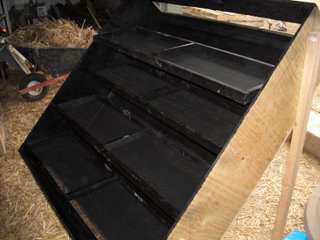 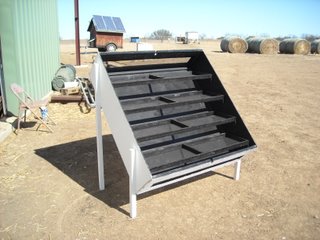 On the top I didn’t use a miter joint on the ends; I simply used butted joints and alternated them for the vertical vs. the horizontal frames. Also, for strength and longevity, I decided to use .93 plexiglas instead of 4-6 mil clear plastic sheeting. I tried to find a 48″ x 48″ piece but couldn’t; and so I thought I would use two 24″ x 48″ pieces with a support in the middle, but the store I was at was out of them. I went to another store, and they didn’t have 24″ x 48″ pieces; and so, I had to buy 30″ x 60″ pieces and a scoring tool. However, that was good because the distance from edge to edge of the top was for me 49 7/8″ (which means the other sizes would have been too small); and so, I was able to cut each piece to fit very nicely. Before I did that though and because of the extra plexiglas I had, I was able to practice scoring and drilling the plexiglas so as to not crack it when setting the real pieces in place. This was good because my first attempts did not work well. After practice though, I was able to get the hang of scoring and drilling, which worked pretty well on the final product: 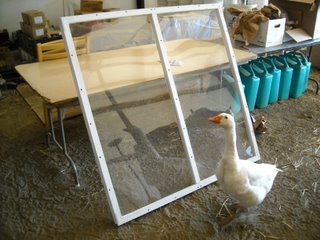 I learned a few things with plexiglas: the scoring tool would cut into my 4′ level when using it to guide my scoring, and so I switched to a straight piece of wood; I would score only a few times with the wood guide in place and then would do it free hand as I was able to apply much more pressure causing the scoring process to be finished quicker; and I found that quick speed and light pressure was the best way to drill a hole. Also, the drilled hole should be at least the full diameter of the screw so the screw doesn’t put pressure on the hole, which I believe can cause the plexiglas to crack.

After the dryer was completed, I let it sit in the sun with the top off for a couple of days before putting food on the trays to allow the paint to bake in so the fumes would be hopefully removed.

Here is some food drying in it: 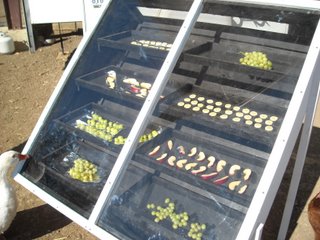 I added casters (swivel wheels) on the bottom of the legs to make it easier to move, and also added some handles which I attached to the sides where the inside food frame supports where located so that the handles would be more firmly secured and the handles’ screws wouldn’t be poking through the plywood siding: 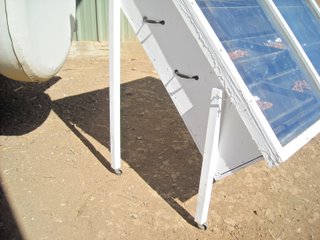 And here are the banana and apple results. Quite tasty! 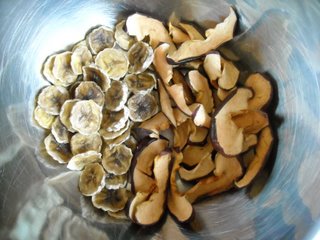 At this point they can be bagged and stored in the root cellar, and should last for some time.