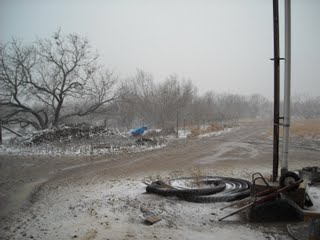 It gets cold here in Texas, relative to what Sue and I were used to in California. The last couple of Winters have been mild compared to second year we were here, which included an ice storm. We’ve had a couple of Winters where there were extended periods (three to four days, and eight to nine days) where it remained under freezing.

Well, this Winter so far started early in November but hasn’t been too drastic. We’ve had at least one or two nights in the teens Fahrenheit, but haven’t had complete days under freezing…yet. 🙂 However, it has snowed here a couple of times, one accompanied with quite a bit of wind, which caused some snow flurries.

Here are a few pictures of that. I know it’s a little difficult to get the effect, and I should have taken a video, but the white fuzziness in them is the snow blowing around: 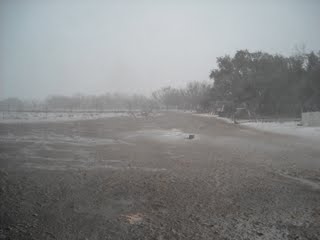 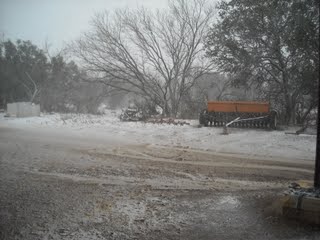 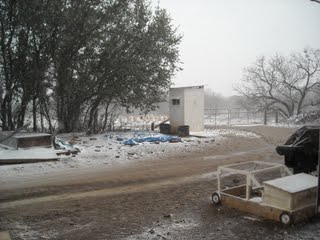 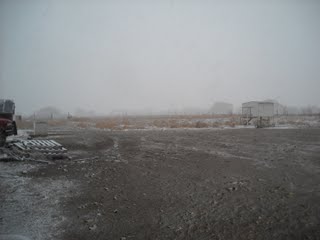 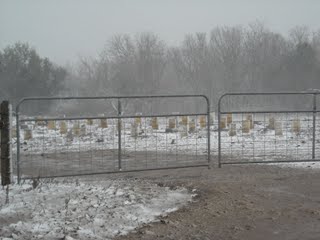 Even though I’m not a fan of the cold and snow — in fact, I have a pretty strong aversion to cold — snow is good for soaking the ground and healing the land. Also, out of the Winter, which is a time of death, for plant life especially, comes Spring, and a time of new life — just like out of Christ’s death comes new life for His people.

Learning to live in colder weather has taken some time to adjust to; but the Lord has granted us better attitudes about being more uncomfortable; and He has allowed us resources for things like polypropylene thermal underwear, which helps immensely; and we have learned to layer and bundle up. Also, we are grateful for the shelters He has allowed us all in the community to have. He has graciously seen us through, and is gracious in helping us continue to learn how to live out here in the country, quite a bit more exposed than we were in the too comfortable city, where the conscience is numbed and heart condition is hidden. You learn a lot when you’re uncomfortable, about God’s providence, His sovereign will, and your true trust and faith in Him.

May God use whatever means He sees best in His goodness, gentleness and firm hand of love to make us more obedient servants of Him; and may we see His glorious attributes in His workings.