After the house pony walls were in place, it was time to start on the porch cross beams!

Since we did the porch posts some time ago, they had opportunity to start to torque and bend in the air. I had hoped to get to the cross beams sooner so this problem would be limited, and I never cut them off in hopes that most of the twisting would happen on the top parts that would be cut off; and now in retrospect, I probably should have done the porch posts and cross beams at the same time; but that wasn’t going to help now; and so, one of the biggest issues we had to overcome was the un-level, twisted posts.

At first, we used the truck and a ratchet strap to level the posts: 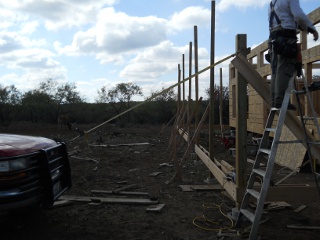 But then switched to using the tractor because it was more maneuverable into the tighter areas around the house: 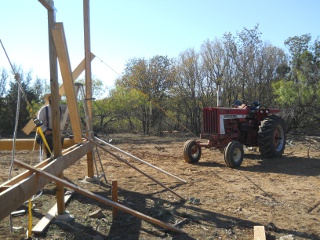 A few posts only required a single 2×6 brace to get them untwisted: 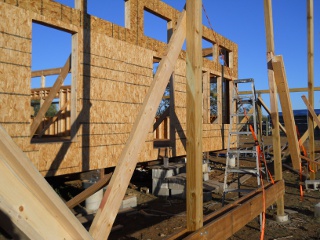 Others required two, in the shape of an “L”, and with some of these we did a brace on each side (also notice the 2×4 from the cross beams, which was used to twist it flat onto the top of the post): 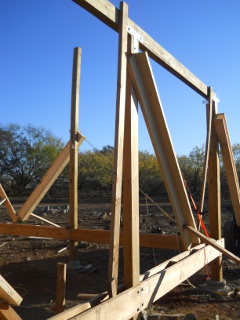 Quite a few required three 2x6s in the shape of a “U”, which gave us a lot of twisting counter-pressure: 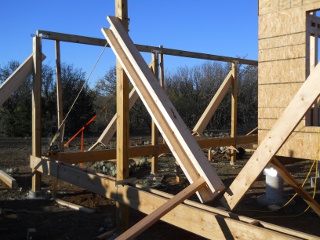 Here is a post leveled with the ratchet strap off of another post, and two “L” braces in place keeping it torqued straight (although, we could have probably done it with only one “U” brace instead): 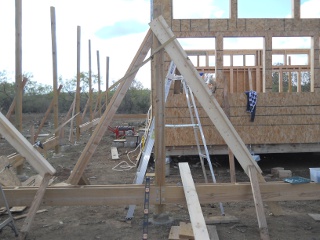 Once leveled and twisted in shape, the tops were cut off: 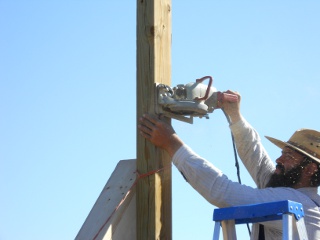 In similar fashion to leveling the foundation piers, we used the water level from one post to another, and we tried to use the same starting post each time so any errors introduced were not additive: 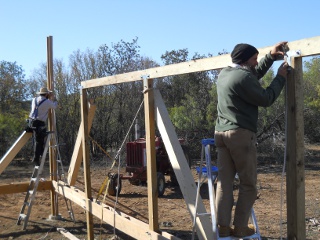 And here is a cross beam in place. The cross beams are treated 4x6s, like the porch posts: 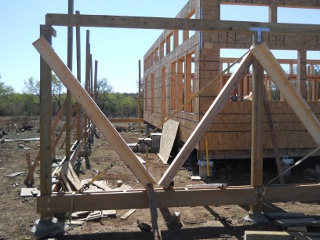 We used two T-straps, inside and outside, to join each post to each cross beam, used 3 1/4″ 16d galvanized “Common” nails to attach the T-straps (come to find out, there are 3 1/4″ 16d galvanized “Box” nails, which have a smaller diameter and aren’t as stout, even though they cost more at the place we got them), and used bolts to further secure them: 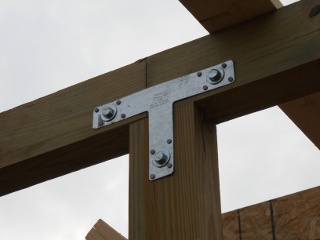 So, as I mentioned, we were able to put quite a bit of twisting force on the posts to get them straight, which some of them really required. One of the biggest fears with that though was having the post come apart from too much twisting. 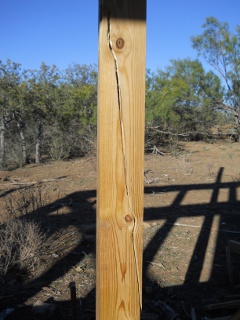 Well then, what to do. Mr. Gurau, who has been helping with the house building, had an idea. He first cut off the post at the porch floor joist support level: 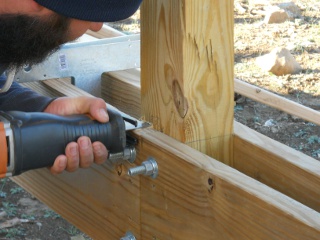 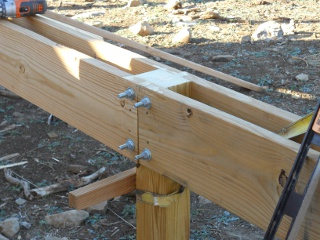 And here is how he installed the replacement post, using the T-straps: 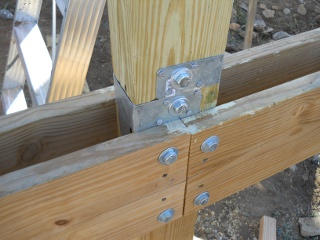 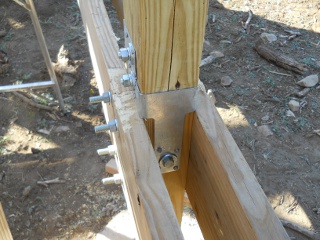 Here is what it looked like when it fell to the ground after being cut off. In thinking about it, the Lord might have been especially gracious in allowing the post to crack now, giving us opportunity to replace it now, rather than having to do it some time in the future, when the whole porch roof was up: 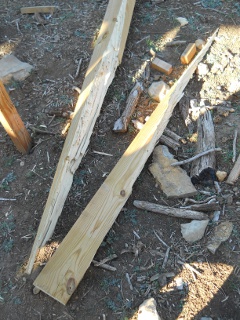 As Mr. Gurau progressed and got to the corners, here is how he handled them, using the T-straps: 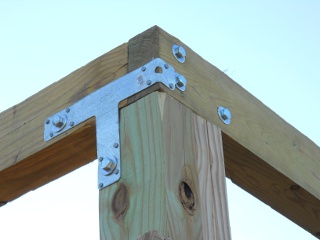 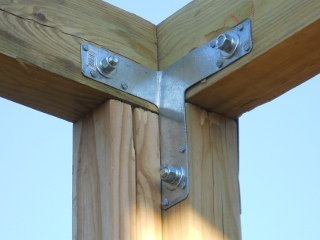 And here are the porch posts complete! 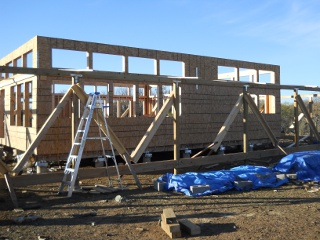 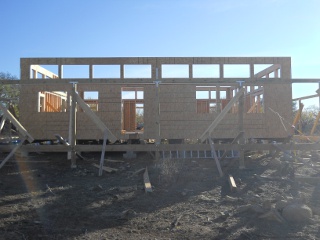 We’re grateful again to God for granting us provisions for the house, and for the help in Mr. Gurau He has allowed, and for Mr. Gurau’s continued safety while he works, for which we continue to pray.