One of the things we’ve tried to get going here, but have had some difficulty, especially because of the drought, has been crops. A few years ago we tried oats, just hand spread on a field; some grew, and we harvested a few; but most went to the cows.

Last year we tried again, and the drought seemed to really keep things from flourishing. Again, we tried harvesting some literally by hand (pulling the grains off by hand) as they were pretty small to use the scythe against; and so, that was a pretty arduous task; and most of what was there went to the goats, which did help feed them, which was a good thing from our separatist perspective.

And so, this year we thought we’d try again, as we believe we should continue to try these types of things, leaving the results in God’s hands. I decided to go with wheat, in hopes that if we are able to harvest some, we would be able to use some for human consumption vs. trying to use the oats, which have an extra hull around the grain kernel that’s difficult to remove.

I also thought I’d throw some turnip seed in the ground to see what would happen.

Here is the field ready after plowing and planting. We were able to get the seed in the ground before the 5-inch+ rain we got several months ago. The turnip area is probably less than 1/4 acre, and the wheat area is a little over 3 acres, I believe: 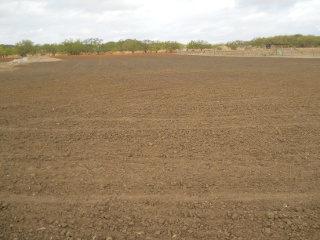 Here are the turnips on Nov 9: 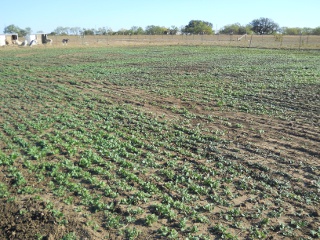 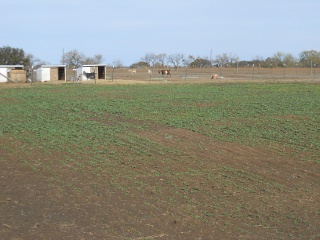 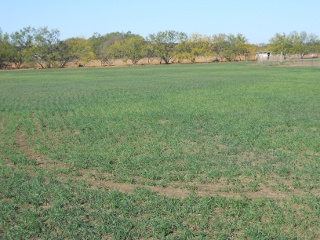 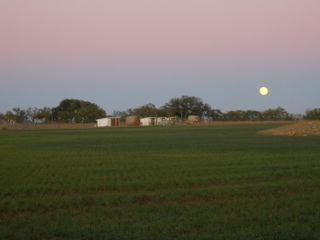 And again, the other day on Dec 17 (the more empty place on the left of the first picture is where the geese have eaten it down, but it looks like it’s coming back): 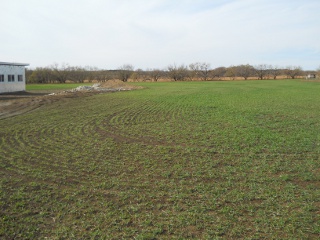 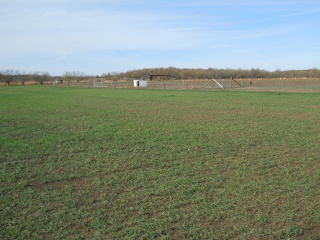 It appears the chickens and geese love both the turnips and the wheat grass, but I’m pretty sure they can’t eat it all. 🙂

The Lord has graciously granted rainfall to continue the growth, even when it looked like things were starting to fade away some, and we pray that He might grant a harvest, so that we can further separate from dependence on a world that is at war with our love, the Lord Jesus Christ.