It’s been over a year since we did our last animal update on our pig Pebbles. As you can imagine, she has grown up quite a bit; and so, it was time to continue our normal cycle and get her a mate. We bought a medium-sized male from Mr. Bunker, and of course, had to call him Bamm-Bamm.

Here are Pebbles (left) and Bamm-Bamm (right) back in May: 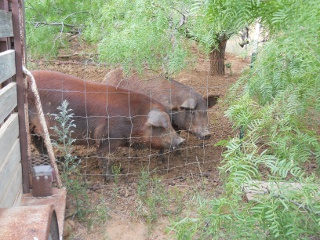 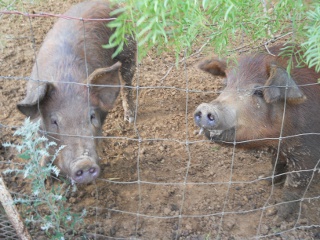 We thought, based on “action” we saw from the two that she was about ready to give birth late-April or so, but it ended up two estrus cycles past that.

And by God’s graces and mercies, she successfully gave birth! — a litter of nine, with two dead, and one little guy that just could never get walking properly, and he died as well.

After last year’s difficulties with Pebble’s mother’s delivery, we were really praying this one would go more smoothly; and the Lord was gracious in granting that to be so; and we are very thankful!

Here they are not too long after being born: 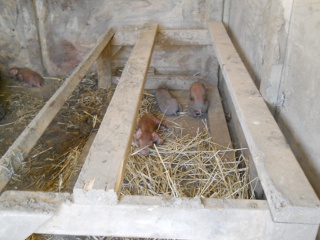 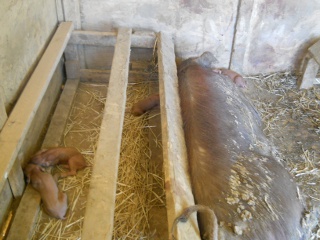 And here is a video of the journey of Pebbles and Bamm-Bamm, from meeting last December to piglets in June (it’s a little long, but to me, kind of fun to see the progression). Bamm-Bamm has since been “processed” as our food provisions:

We are very grateful to God for granting these new piggies to be born, for the safe delivery for Pebbles, and for the meat from Bamm-Bamm we have been able to store away.