After our land Sabbath last year, in Autumn, we decided to plant wheat again, using the wheat we harvested back in 2012, which has also been used to supplement the chicken scratch.

Here is one of the sacks of wheat: 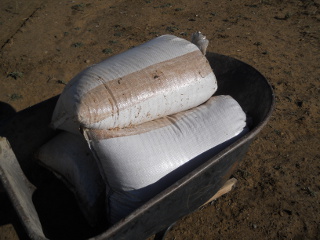 And then in the grain drill: 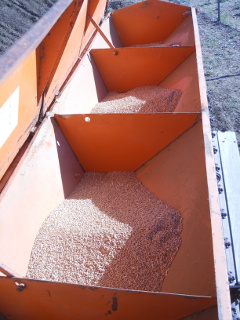 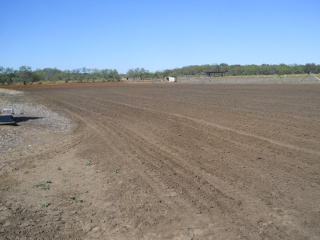 And then me out there planting the wheat seed: 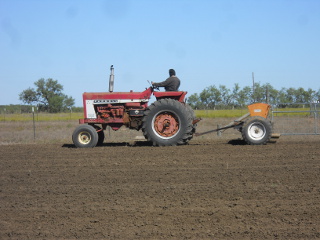 We did it shortly after a good rain, so it sprouted pretty quickly; and here it is growing well about 10 days after planting: 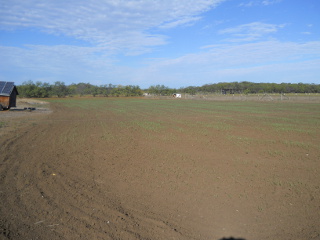 The Winter weather had some pretty good cold snaps this year, and not a lot of moisture, and we weren’t sure anything was even going to grow. I also didn’t do a very good job of making the ground even when I plowed it, so there are quite a few bare spots. Here it is near the end of March,: 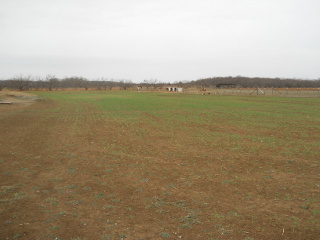 But here it is again almost a week ago, and thankfully there is some wheat growing: 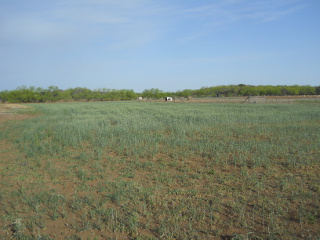 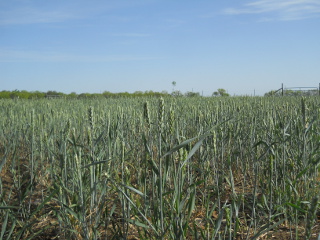 Also back in 2012, I planted turnips next to the wheat using the grain drill, and those actually worked out fairly well. With our mulch garden beds though, I thought I’d try planting turnips in there. Here are the rows ready for planting, dug out using a rake: 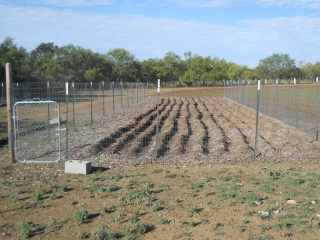 I had noticed that, the hay, pee and poop from the goat sheds, and the area around them, after time, rain and being trampled, turned into what looked like really nice compost, so I thought I would add that to the mulch-bed rows. Here it is: 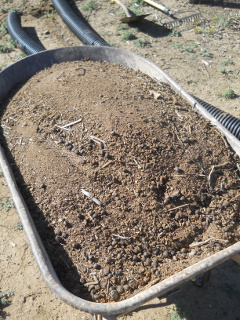 And then in the rows: 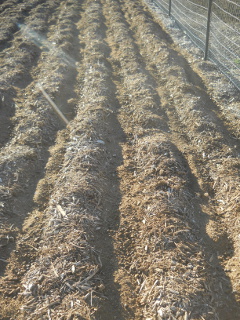 I planted the turnip seeds in the rows, and thought I’d try just scattering some on the non-row area left in the mulch-bed garden, but it appeared that with the cold snaps, the turnips, even though some germinated, just couldn’t get going. I have a feeling I waited too late in the year to get them planted. And so, the rows basically looked like that after Winter. Bummer.

Still, we’re thankful to the Lord for granting the wheat He appears to be granting, and we look forward to perhaps being able to harvest it in due time, according to His will.