Recently, my brother Kevin, whom I hadn’t seen in quite some time, graciously offered to take some time off and come out and visit! It’s the first time he’s been this way, and it was very nice to see him! 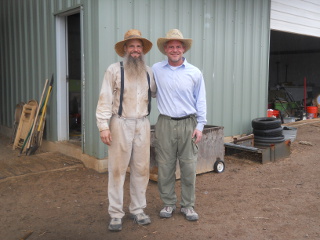 He was here for around five days, and during the time, he graciously helped around the farm. With him here, I decided the main project he and I could work on was continuing with the barn loft, which I talked about in this blog post here. And so, since the beams were in place, it was time to start adding the floor.

Given the approximated 10-foot span, and I decided to go with 2×10 joists spaced at 16-inches: 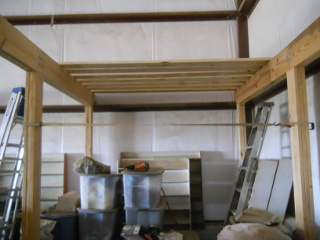 Before implementing this phase, based on costs, I decided to use 3/4-inch plywood for the floor with 2×4 blocks, instead of 3/4-inch tongue-in-groove OSB or plywood; and here are the blocks on the back side: 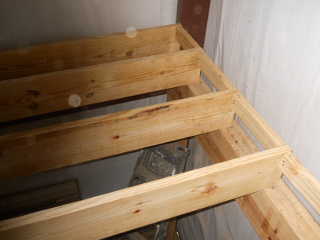 And then for the blocking over the second beam, I decided to use full 2×10 blocks for added stability. While this picture shows the joists extended over the beam, we eventually slide the joists back so the blocks and joists would only cover half of the 4 1/2-inch wide beam, so Lord willing when the floor is extended from beam 2 to beam 3, half of the block-joist end covers the other half of the beam: 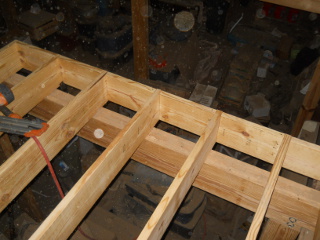 Since there was going to be some overhang of the plywood because of the horizontal metal purlins of the barn, I added a couple of 2x4s to help support under the plywood that was going to extend over. Quite frankly, I probably didn’t need to do this, or maybe I only needed one 2×4 instead of two: 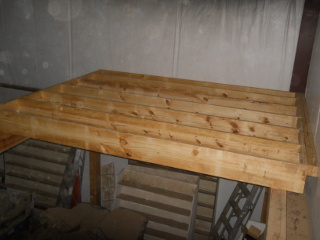 And I added one to the joist running parallel to the barn purlins: 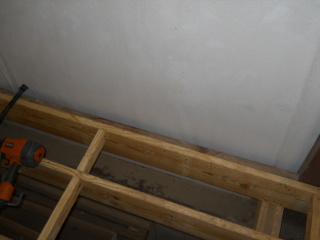 Here are the 2×4 blocks to support under the edge of the plywood at four feet. Before we tacked down the floor joists to the beams, we squared the whole section from corner to corner: 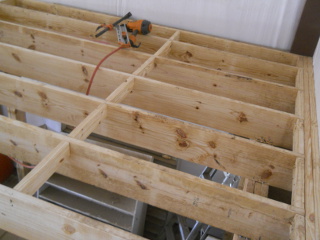 And here is the first piece of plywood in place: 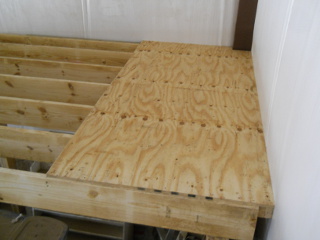 We then added more floor joists along beams 1 and 2: 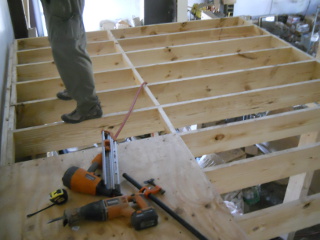 And then added more plywood. Now, we need to add more floor joists to be able to continue adding plywood: 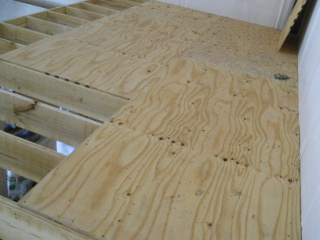 And here are Kev and I standing on the loft: 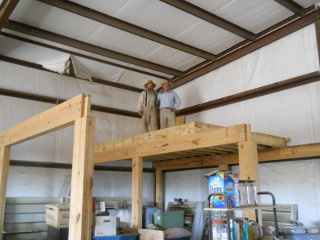 We are very thankful to the Lord for granting the resources to be able to make some progress on the barn loft, and we are very grateful to Him for allowing us the time and resources He did for Kev to come and visit!