I know it’s been a bit since our last post, but it’s been extraordinarily busy around here, with seasonal chores to attend to; and so, thanks for your patience!

Back in November, it was time to start the goat mating process once again (with a 150-day gestation period, this usually puts the kidding to after freezing temperatures). We have two bucks, and we separate our older does with our buck Shatner: 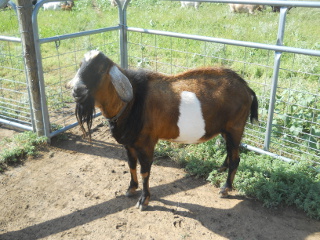 And the next generation does with Rocky (posing with my brother Kevin when he was visiting back in April): 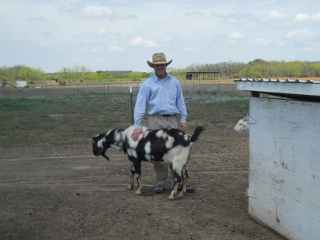 And lo, after 5 months, by God’s graces, many kids were born! Here are a few pictures of the lot of them. Nine does gave birth to 17 in all — 9 bucklings and 8 doelings, although we sadly lost two of the bucklings in the first few days: 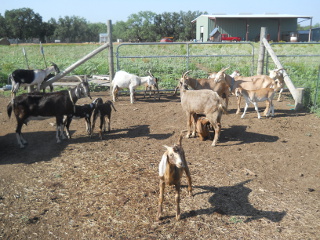 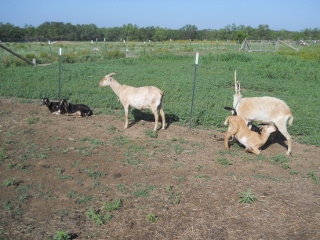 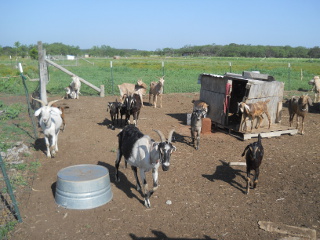 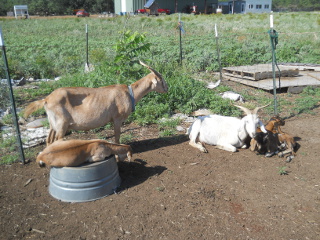 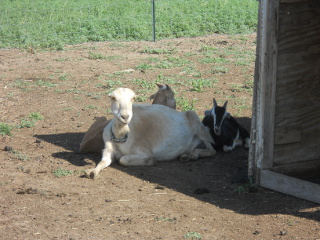 Here’s a kid relaxing with a chicken in one of the sheds: 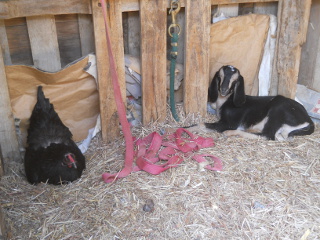 Besides the losing of the two bucklings, this goat season was also interesting in a couple of other ways. First, we lost our Nubian nanny Betsy during the winter, although not from the cold because it wasn’t cold when she died. She had had a lump on her throat for several years that sort of just sat there; but it did seem to change a couple of weeks before she died — got spongier; so maybe something happened with that. Here is Betsy and her kids from last year: 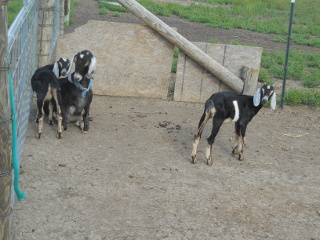 And secondly, our nanny Minnie, who was our first born on the land from Winnie, died two days after giving birth from what appeared to be complications in the birth. Here is Minnie from last year with her kids as well: 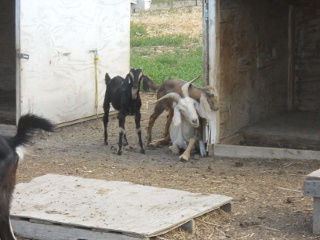 It was quite sad to lose them both, but we always pray we have the proper attitude toward the things the Lord has provided to us for our use.

Here is where Betsy and Minnie were first introduced back in 2008.

And so, with Minnie dieing, we had two orphans on our hands again (here is where we had orphans the first time). That’s Pearl (in honor of Minnie — think Hee Haw) in the back, and Tiger (because he sort of has tiger-looking colors) in front: 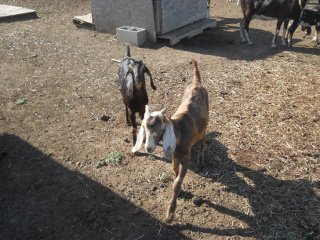 This is Sue and Kev feeding them: 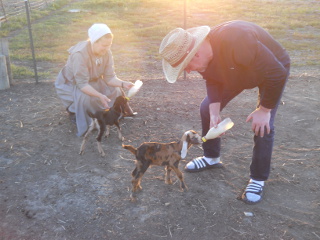 Kev also helped me move goat sheds back when we separated nannies from Shatner and Rocky: 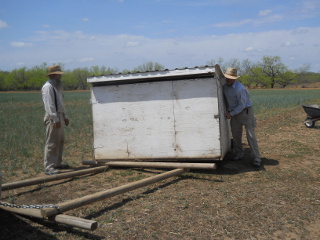 The Lord had graciously granted a very nice gentleman to be interested in buying our entire kid herd last year, and he was interested again this year, and here we are prepping the area to load them up: 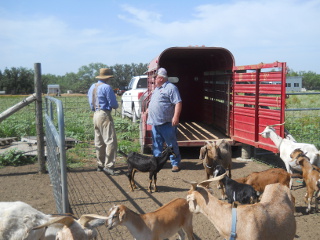 And finally, here is the kids of 2014 video. It’s a little long, but it includes introducing each of them and their sires to you, bottle feeding the orphans, letting them eat (including the smaller amount of wheat we ended up receiving this year) and roam around our inner field and barn area, and when we said goodbye to them after getting them loaded in the trailer:

As always, we are very grateful to God for granting the kid crop of this year; the health and safety He granted for them; the trials He brings in order to glorify Himself and we pray mold us in His image; and now for the provisions of the very healthy milk, which is really why we keep goats in the first place.