It’s been a couple of months since our last garden update, and so we thought we’d show the latest from the garden!

Here is some of the first produce the Lord granted! And here, we’ll show you around the gardens from early in July. In our 2014 wheat blog post, I mentioned that we had planted turnip seeds back last year, and that nothing had grown. Well, a couple of months ago or more, God granted somewhere around 7 1/2 inches of rain in a few day period; and lo and behold, a bunch of turnips sprouted! Here you can see them (again, early July) in Garden 2, along with the green beans on the right: And more turnips in the raised beds. The ants started getting to those, so I have since pulled them and fed them to our pig (they were really small): 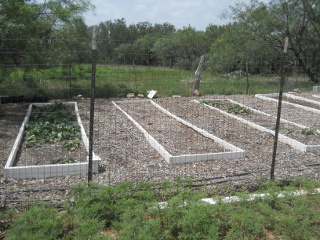 Again from early July, the zucchini: 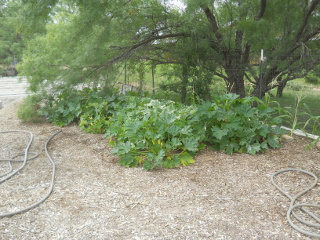 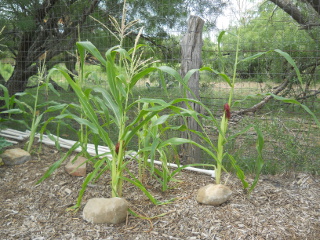 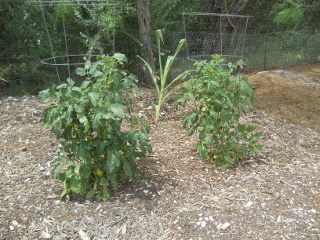 And in the hugelkultur bed: 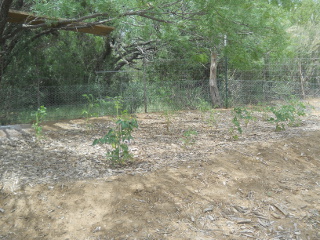 The following from just yesterday. We’ve been eating the greens from our turnips in salads and sandwiches, and we hope to start to preserve them by lacto-fermentation, which would be our first attempt at that with turnips: Also, I mentioned in the previous garden blog post that I thought I might try planting okra. I believe I planted them the next day, and none germinated. And so, I tried again, and here are a few that have started! 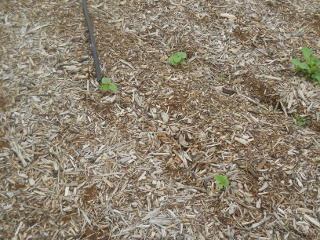 And here are the tomatoes: 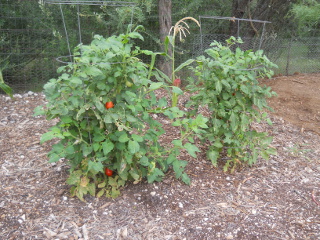 And again, in the hugelkultur bed: 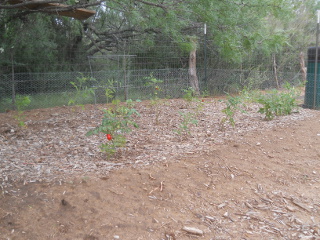 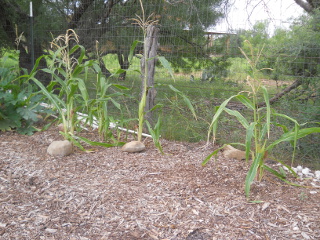 And zucchini. We’re getting to the time with them where the inner leaves start to die and any further growth starts occurring farther from the root. We’ve had a lot of flowers, but not a lot of actual fruits, which to me is interesting (apparently other folks here have had some similar issues), but of course, we are thankful for what the Lord has granted: 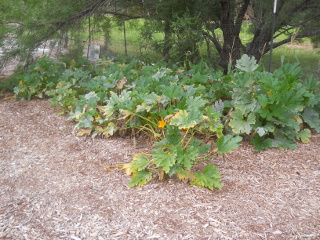 And here’s another okra: And here is a lot of the produce being lacto-preserved: 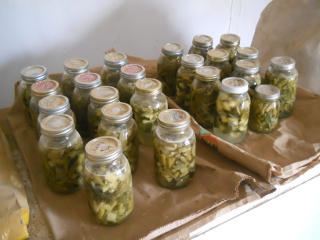 As always, we are so very grateful for the food the Lord is granting us through the gardens; the rains he has brought, with His direct watering, and allowing us to have water stored to water the gardens; and the mulch garden beds, which has allowed for a lot less watering and allowed me to water areas of the gardens without having to monitor the watering minute by minute.