Late last year near the end of December, with the milder weather up to that point, we had an extra squash plant just start to grow from seed planted in the Spring, and after keeping it covered with blankets when necessary, the Lord graciously granted a few squashes, and we thank Him: 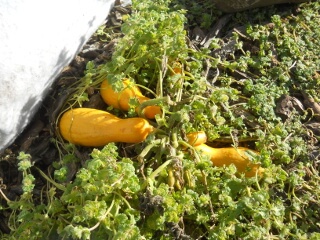 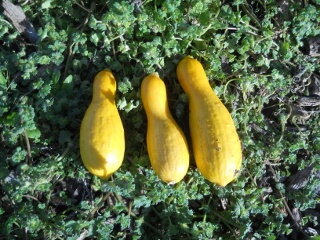 And He granted a turnip to grow too, for which we are thankful as well! Some time ago I just threw down a bunch of turnip seed, and every once in a while a turnip just shows up! 🙂 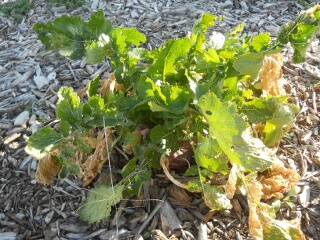 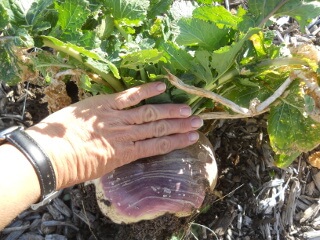 We planted garlic at the end of last year, and recently it was time to go get them!

Here is how the area looked in March…lots of weeds, but garlic growing too: 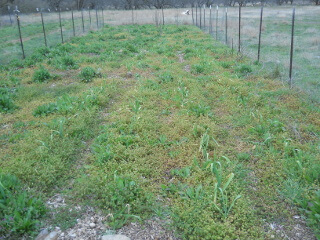 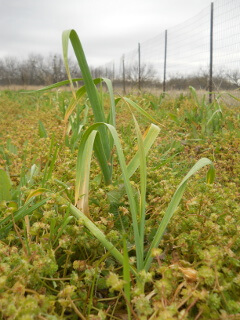 We pulled one up back then, but there was no bulb on it, so we realized we were still too early. I did put that one garlic back hoping it would continue…

The prickly lettuce that just grows natively here really took over our gardens this year, I believe especially because of the many rains God has graciously granted, so I went into the garlic area and cut everything down that wasn’t garlic, to try to give it all some sun: 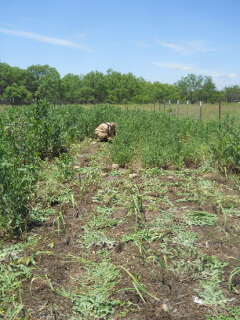 But then about a week and 1/2 later, the garlic plants started looking like they were maybe dying, and we had more rain coming, and I was worried they would start rotting, so I decided to start digging them up… 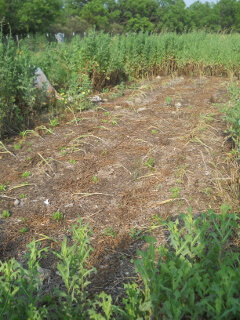 This is a planted garlic: 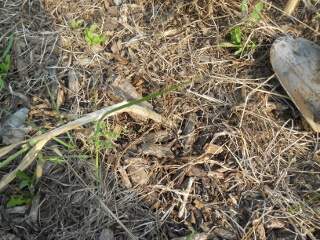 I cleared the mulch around it: 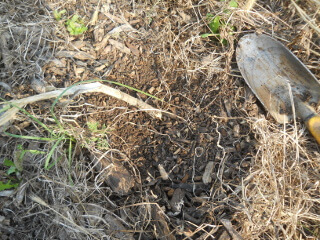 Dug down the full hand-shovel length at 4-5 points around it, several inches away from the plant, and lifted slightly each time: 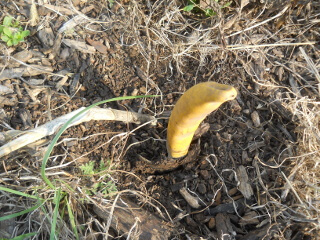 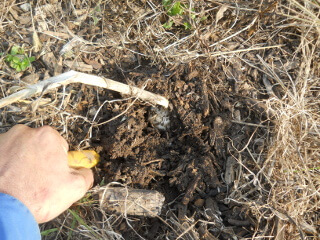 And then when the ground around the plant was loose enough, I gently pulled out the bulb: 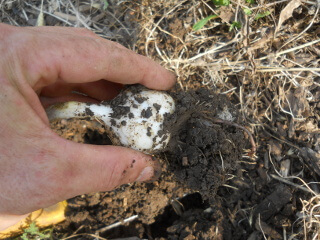 Interestingly, some of the garlic plants started to bolt what looked like a new bulb! I wonder if over time that would have planted itself… 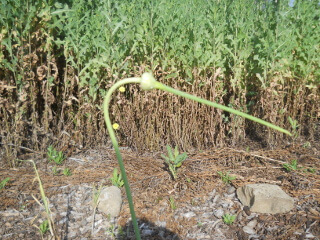 I don’t know, but here are some of the harvest results! Not that every plant that sprung up made it up to this point, but after pulling up that one early with nothing on it, and with what I thought was going to potentially be a problem with any garlic bulbs already starting to rot in the ground, the Lord graciously ended up granting that every single plant have at least some bulb on it, including that one I replanted! 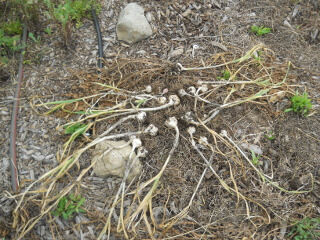 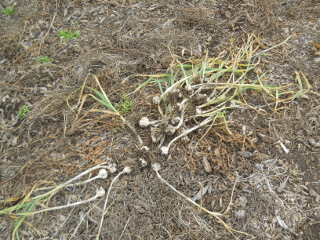 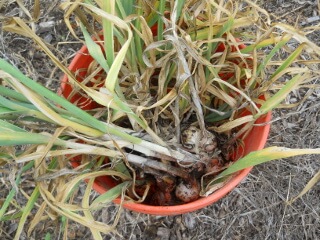 I made a meat dryer some time ago, which is perfect for hanging garlic to dry and cure. Here is after the first part of the garlic was gathered: 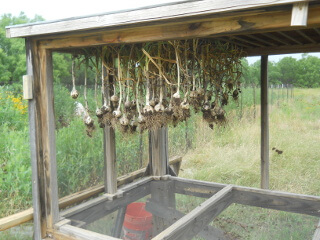 And then the rest of it: 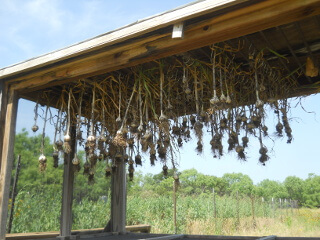 And finally with the meat dryer’s screen panel in place: 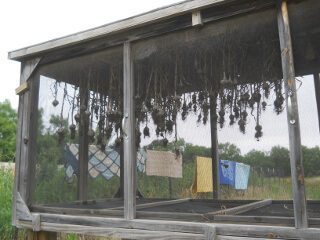 We are always very thankful to God for His gracious provisions, and the miracle of taking a seed, which appears dead, and burying it, and then life coming from it, and growing and multiplying itself and being fruitful according to the Lord’s providence alone (ie. I can’t make a garlic bulb just appear), like His word planted in the hearts of men and His Spirit bringing forth new life as He wills, and like His Son, the Lord Christ, dead and buried, but miraculously raised out of the ground again to life! We are eternally grateful to God for the salvific life He brings through Jesus Christ!