One thing out here is things seem to go much more slowly than anticipated. 🙂 God’s providence as first cause — His bringing about all things according to His will and plans — but, by means of other priorities becoming more important, other things to fix, etc.

Well, back in 2016, I started replacing our old pig fencing in the main pig pen with new cinder block/cattle panel fence sections I started making as part of an extension to the original pig pen back in 2014.

Last year, I started getting back to working on this main pig fence area, and recently finally finished all the panel sections and got them in place! Yea! 😀

In the 2016 blog post above, I show in the video the first few sections being done. And here is a picture from 2017 of the whole one side being done: 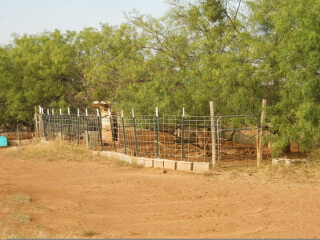 And here are some more ready to haul over using our goat shack caddy: 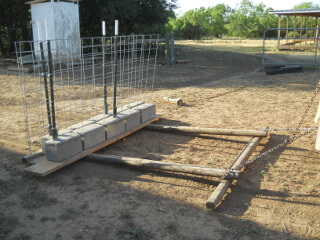 Once there, I opened the previous fence line: 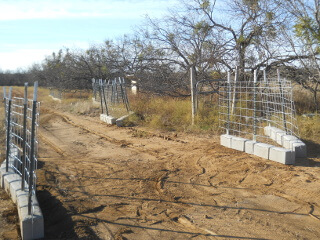 And started dragging them in, sliding one end at a time back and forth: 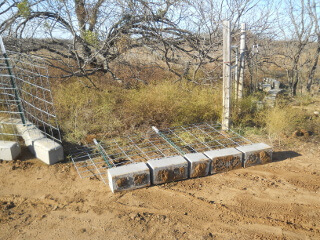 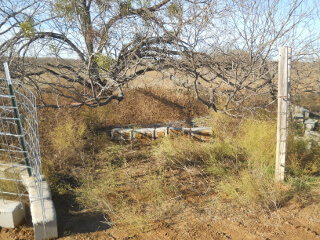 And stood and scooted them into place: 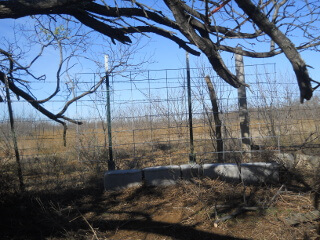 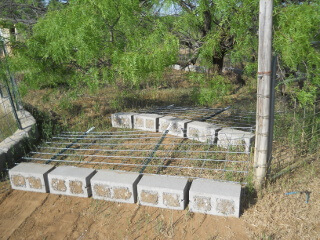 And here’s that whole back side done: 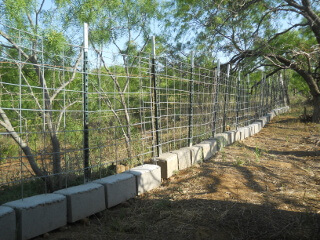 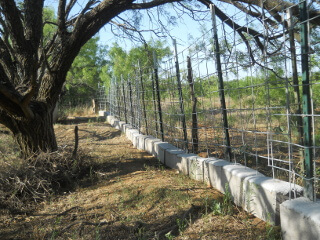 Then, it was off to the short sides. After cleaning out the previous fencing and t-posts, I slid the panels in place, and here’s the first short side done. What’s nice about these cinder block cattle panel sections is you can curve them around, which helps when trying to join with another fence line where there is no corner post: 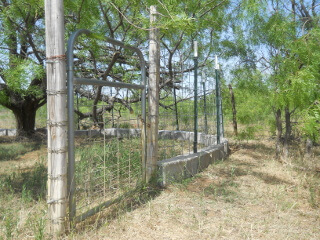 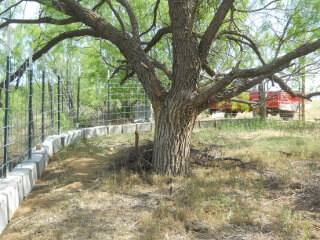 This is the last side before cleaning out the previous fencing…lots of previous hacking at it to try to keep it acting as a fence: 🙂 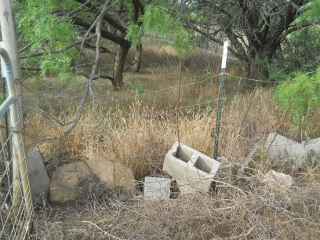 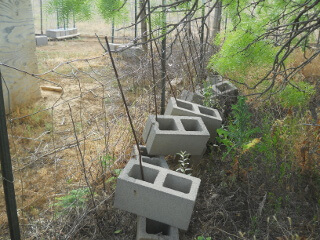 And here’s that last side, finally done! 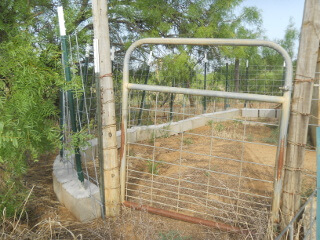 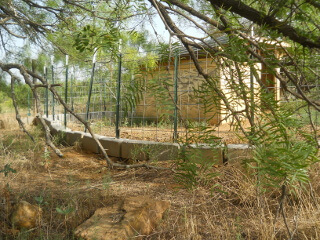 I just have to wire them all together now, and then Lord willing we’ll perhaps test it all out with a new piggy or two! 😀

Always we are thankful to the Lord for His provisions, and safety in working with these things — even though one person can move them, they’re still pretty heavy, and I have strained my back before, but God mercifully granted that I not this time, and I am thankful!