The Lord graciously granted our next two chick hatchings of 2020, the 2nd and 3rd so far!

This mommy was in the barn loft, and so we grabbed her and her eggs and put her in the brooder barn (formerly known as the summer kitchen), and she hatched out a bunch of them! I think only a few eggs didn’t hatch, and all her hatchlings are still there, except for one…

At night, I put lanterns with the hens and chicks to give them at least a better shot at defending against small intruders, like snakes, which we’ve had a lot of problems with, in that, they get in there and eat or try to eat the chicks. Well, one night as I went in there to set them up for the night, one of the chicks already had a small snake attached to its head, and that snake had basically just suffocated it because I don’t believe it could have swallowed the chick. So, sadly, that’s the one chick we lost of the bunch, and there’s one less snake now too 🙂 , but we are thankful for the ones God has granted to continue: 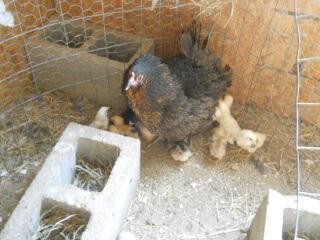 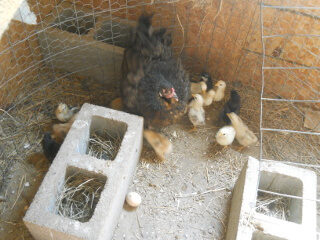 And here’s group 3 I believe. Sadly here too, the day after I took these pictures and video below, one of the chicks was very sick, and died just a few hours later. And, there’s one chick that seems to have neurological or vision problems, but is able to maintain itself, so we’ll see how that little one fares in the end, and we pray the Lord might help it, and help it to be a productive member of the flock, if He might grant: 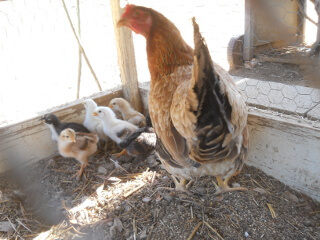 Finally, here’s the video of the two groups:

As always, we are very thankful to the Lord for these provisions, the eggs He grants from them, and the meat as well!