After our garlic was harvested this year, I had planned to replant those beds with black-eyed peas we had harvested from Mr. Bunker’s field a couple of years ago, because late spring is about the time to start planting them, and they work well in the heat.

But, the garden beds needed to be prepared with some new soil. We’ve recently started using mulch for actual garden beds, but, even though the mulch we get has composted dirt in it, it also has too many larger wood chips; and so, other folks around here have been sifting their mulch to remove those larger chips; and I decided to follow suit.

Here is the mulch sifter I put together with scrap stuff I had laying around: 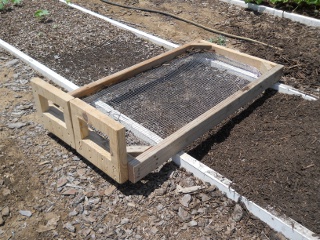 And here I am doing the sifting: 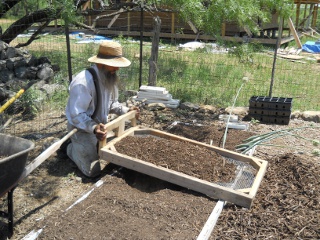 Here, you can see the results in the raised bed; and the left-over wood chips can be used for walkway covering: 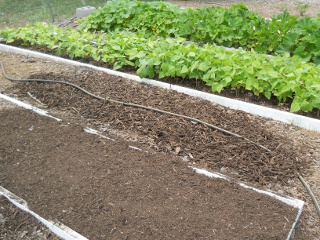 And here are the black-eyed peas growing after being planted! 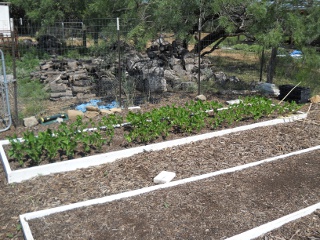 So, going around the horn, here is how the garden now looks….

This is the okra: 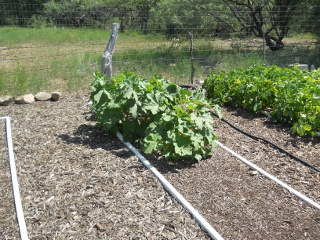 And the green beans (in the front bed) and the squash and zucchini (in the bed in back): 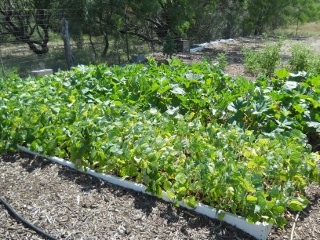 And the tomatoes (in the front bed) and the carrots (in the bed in back). Usually, our carrots do really well; but for some reason this year, not too many grew. I did try planting a little scarcely, because usually the carrots are very packed and smaller; and I ended up trying to replant a couple of times too; but it just wasn’t to be this year: 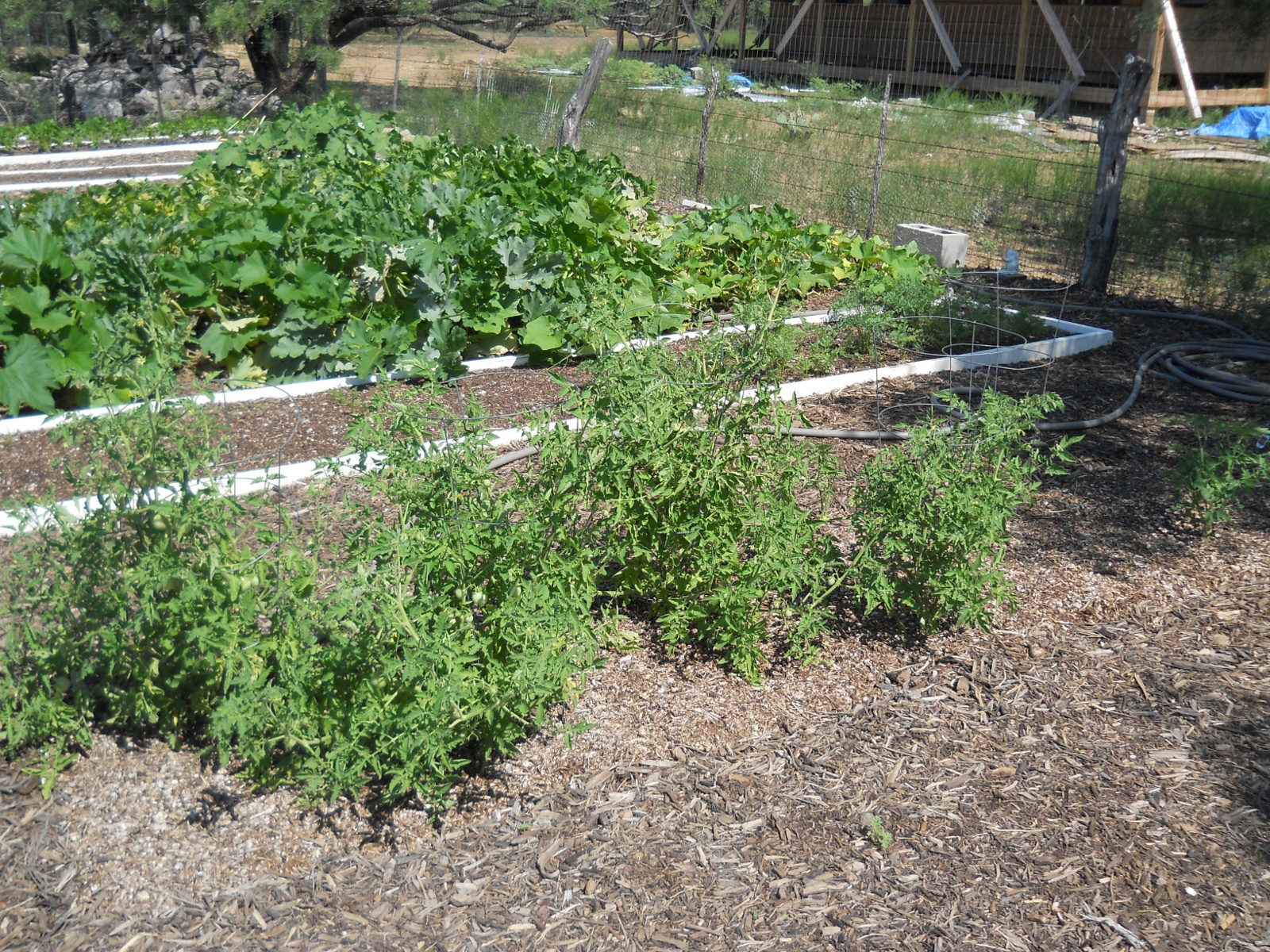 Now, in that previous blog post above about the new mulch gardening, one of the folks here had already tried planting in their mulch-gardening area with some success; so I thought I’d give it a whirl too, to see if anything might grow. I planted some more of the black-eyed peas in half a row as a test case, and lo and behold they started growing! 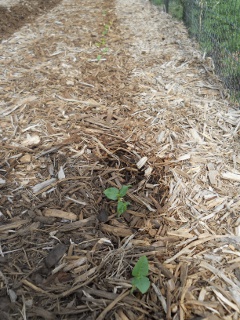 With those results, I went ahead and planted the whole area: 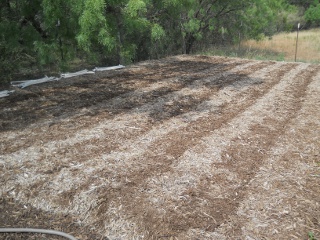 And here, if you look closely (you probably have to click the image), many of them have started to grow too: 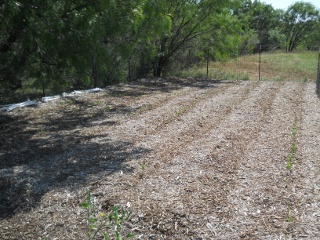 Here is some of the produce the Lord has graciously granted: 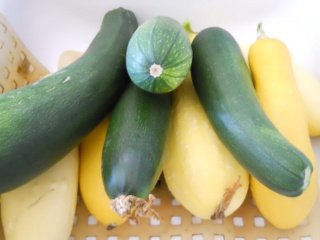 Instead of pressure canning it, we’ve wanted to try to use the more healthy preservation method of lacto-fermentation. Here is some squash and zucchini in a brine solution, with some mesquite tree leaves that are supposed to help keep the vegetables crunchier: 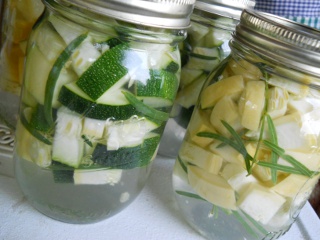 And here is our lacto-fermenting section in the camper. We initially put the jars down in the root cellar, but the lacto-fermenting process actually needs a warmer environment to process correctly. Also, the vegetables would float in the brine. And so, we figure with the combination of the cooler temperatures of the root cellar, and the floating vegetables, they started to mold on top. Well, we picked off the moldy pieces from off the top, brought them into our very warm camper, tried weighing the vegetables down but didn’t find a good way to do that, and instead began to turn the jars upside down and then back right side up every 12 hours, burping them at the same time (to release the gas build-up from the lacto-fermenting process): 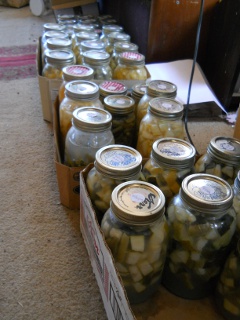 Once again, we are very thankful to God for the provisions from the garden He has granted, and for the processes He built into His creation to preserve the produce without man-made methods of preservation (like canning, which destroys nutrients, or freezing, which causes dependence on the world for electricity and freezers).