After the porch roofing was complete, it was on to the windows and doors! Since our cooling and heating is through conventional means, I decided to go with double-paned, LowE windows.

For this part of the house, I was definitely going to need some help; and so during a couple of our first Wednesday of the month community work days, the guys came over, and we started installing.

The most important windows were the pony wall windows above the porch roof, because once those were in, we could be generally rain-free inside the house. Each window was caulked, and we used deck screws on every other hole in the window frame’s “flares” that attach to the wall: 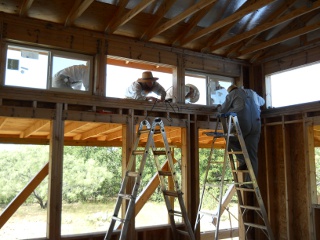 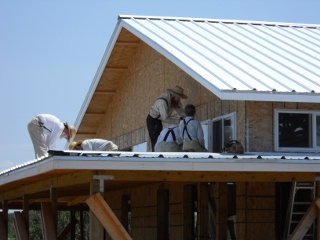 And then we worked on the lower floor windows: 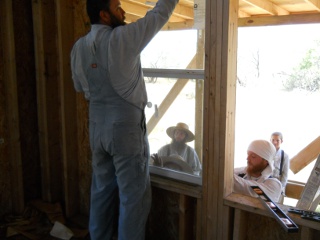 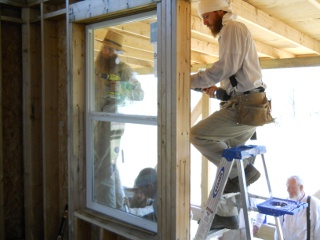 And here are the windows installed! The pony wall windows: 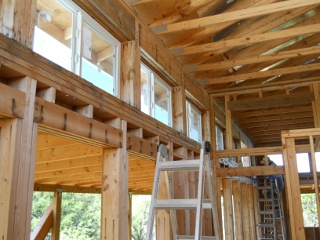 And the south bedroom windows: 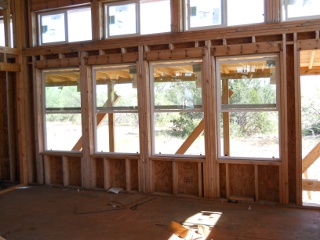 And the east library windows: 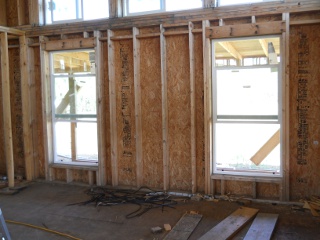 Once the windows were done, we worked on the doors. Those are always interesting to do, because you have various things to try to maintain as you get the door into place — that it’s at least somewhat level, that it’s plumb, square, and not torqued or twisted, using shims to accomplish and hold the door in place in the door frame. Interestingly, the first door we did went in without having to work very hard; but it ended up that we should have installed the door knob and hardware first, because when I did that after, the door latches didn’t match, and I had to re-do that entire door. 🙂 Arg…but, lesson learned! 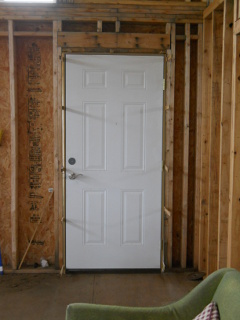 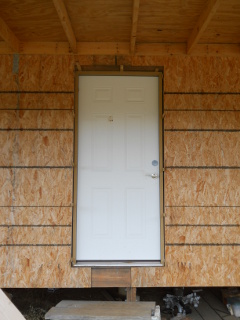 We’re once again very thankful to the Lord for granting that we be able to progress on the house, and we are grateful to God and to the brethren for the help in this process.