One thing we have had to learn here is no matter how much we plan, things do not happen in the way or time frame we think they might. Other priorities, resources, etc. are factors that play into this, and so, we have had to learn to be patient, and to keep working toward the things we are trying to do here, as God would allow, and pray that He leads in them all (ie. that we don’t try to go down paths He doesn’t have for us). We pray for His leading in all areas of our lives, and for the patience to wait on Him, trusting in His love, goodness and wisdom, even if things never end up like we had originally hoped for or planned.

Back in 2013, we did a blog post about starting hugelkultur garden beds, where we explained that generally, this involves burying (below and/or above ground) tree materials, like stumps, trunks or even branches, under your garden soil, and apparently, as the tree material rots, it also becomes very absorbent, and is supposed to help with holding moisture in the garden bed. Back then, we only did one that was in a dug-out bed, but my plan always was to put another one next to it.

Well, back in January of 2018, we started revamping the original hugelkultur bed by adding more branches, and then started on the new one, which was planned to be above ground. My understanding has become that the buried ones are not as good because the water collects in the dug-out bed, and then just gets absorbed into the soil. But, we have it and so re-filled it with branches, and started the new bed with old logs and branches above ground, and Lord willing we’ll eventually see how each fares.

Here is the work from last year. After placing all the old wood, I was able to add on top a load of mulch from the local landfill, where they have a huge, huge pile of it that we can go get pretty inexpensively: 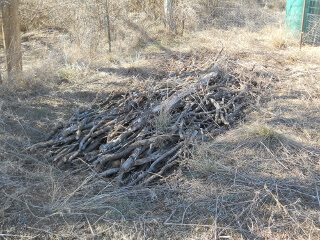 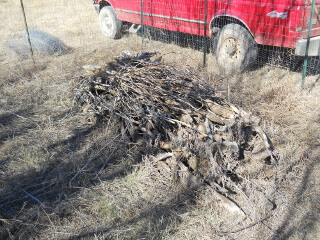 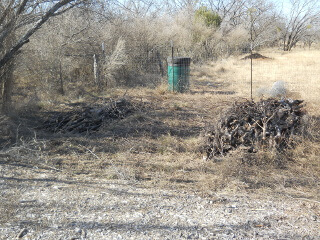 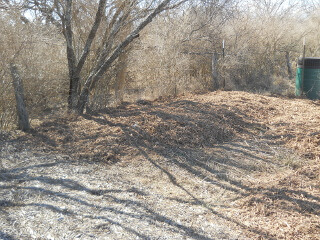 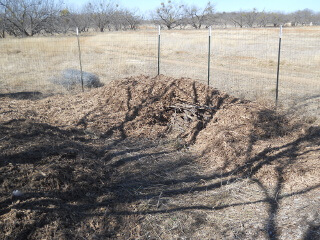 Well, fast forward to this year somewhat recently. I have finally made the time and been able to take the time to start making landfill trips more consistently, and covering the hugelkultur beds was first on the list. I think it took nearly two loads in the back of the truck, where I have a 4-foot high, OSB-walled mulch carrier, to cover it all.

This is how it looked before starting to cover this time: 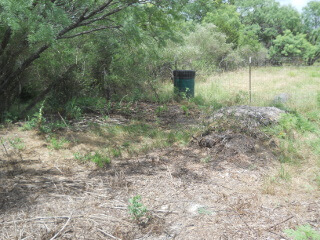 And then after one load, I believe: 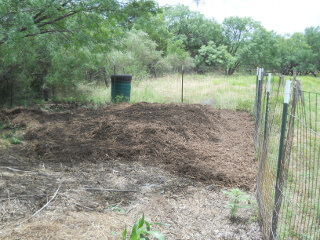 And then covered in total: 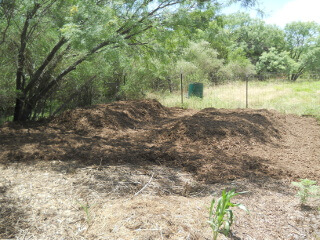 And now, we hope to be able to try them out next year, as God wills!

We thank the Lord for the resources to build these hugelkultur beds, the safety in all of the trips, and the physical strength to do all of the mulch unloading and spreading; and we pray He applies it to the ground so as to allow the growth of food at some point, if He might, again, in accordance with His will!