We still haven’t been able to figure out what she’s trying to get at here; but Nessa, one of our Border Collies, loves mud puddles:

We’ve been trying to think of ways to harness this to our advantage here in agrarian-land. Maybe she’s a new kind of post hole digger. Or maybe we could put her over a bucket of dirty clothes that are soaking; and she could be a fancy, automated laundry agitator.

Anyone out there have any other suggestions? 🙂

We thought it might be nice to post an animal update from around here at our homestead.

If you haven’t seen the introductory post on Brodey and Nessa, it might be nice to take a look at it before watching the following video so you can get some perspective on their growth:

This was taken before the birth of the latest calves:

We are grateful to the Lord for the provisions of these animals, and may we use them for His glory. 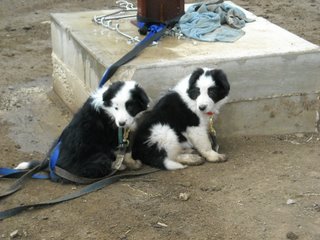 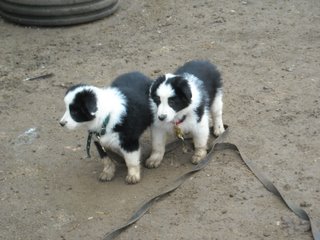 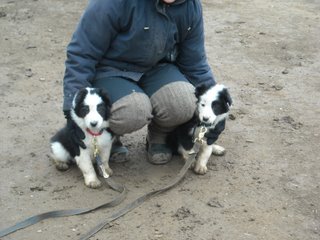